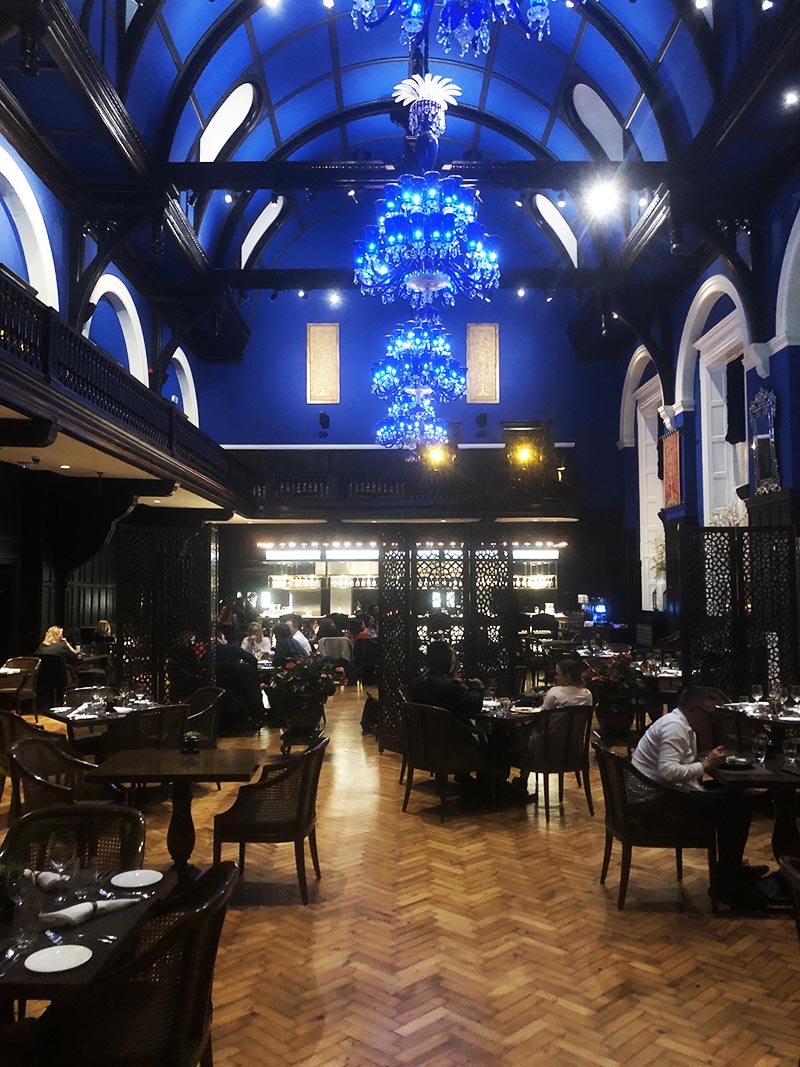 Read my Baluchi Restaurant Review! I thin you will want to go there.

I don’t write many restaurant reviews on my blog these days. As much as I would like too, I’m having trouble finding the time. Every now and then, however, I find a restaurant that I love so much, I just have to tell you all about it.

So read on… My Baluchi restaurant review is quite possitive. I can’t wait to go back!

Why I reviewed Baluchi.

I was first introduced to Baluchi by my friend Jomon Kuriakose who is Chef de Cuisine at Baluchi restaurant at the Lalit London Hotel.

You might recognise his name from my posts about my trip to Cochin, Kerala where he showed my wife, Caroline and me some amazing eateries in the city.

So when we returned to the UK, we knew we had to visit him on our next trip to London and see for ourselves if the restaurant was as good as he said it was. 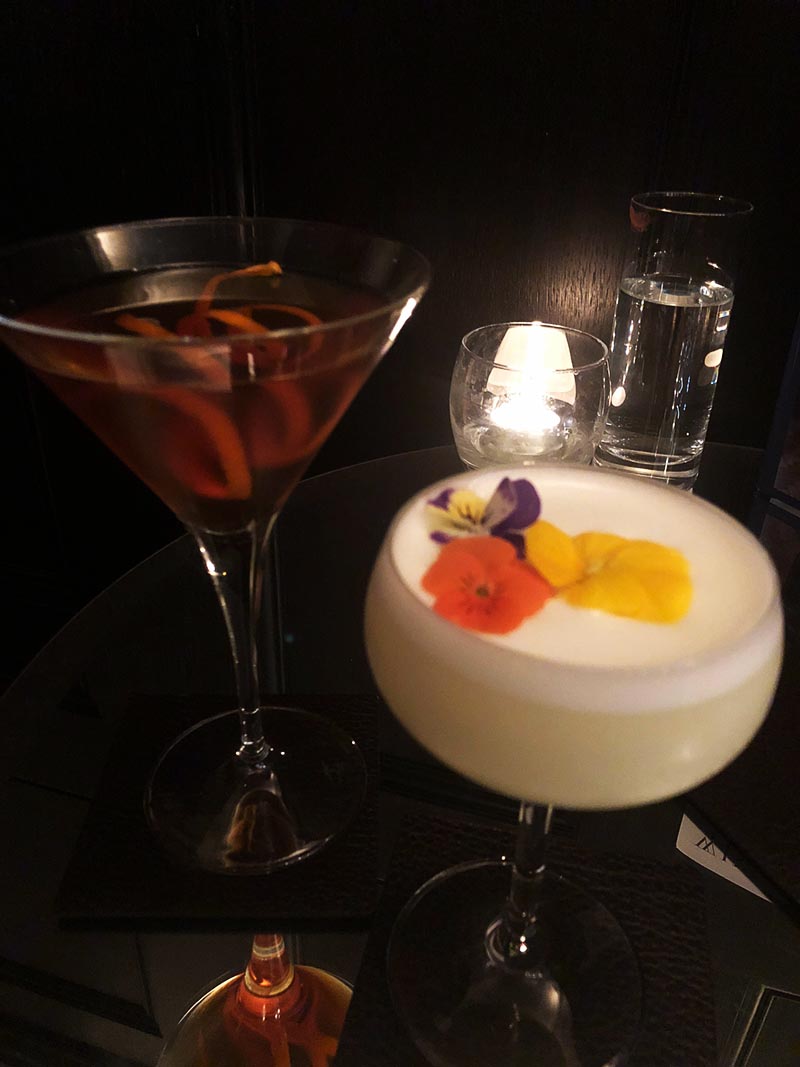 The cocktail menu is impressive and the drinks are strong, just as we like them.

We reserved a table on a Saturday evening and knew we were in for a real treat from the moment we walked in the door.

Our table was ready for us when we arrived but we were asked if we would like to enjoy a drink in the bar first and that sounded good to us.

The main bar is just off the dining room and was the perfect place to start the evening.

After sipping down our cocktails, we were shown to our table for our evening of culinary excellence!

The then Executive Chef Santosh Shah came out to our table and I was pleased to learn that we had met before when he was Head Chef at The Cinnamon Club. You can read my review of Cinnamon Club here.

Rather than ordering from the menu, we asked him to send out some of his favourites including the tandoori octopus which I had seen on the menu and definitely wanted to try. 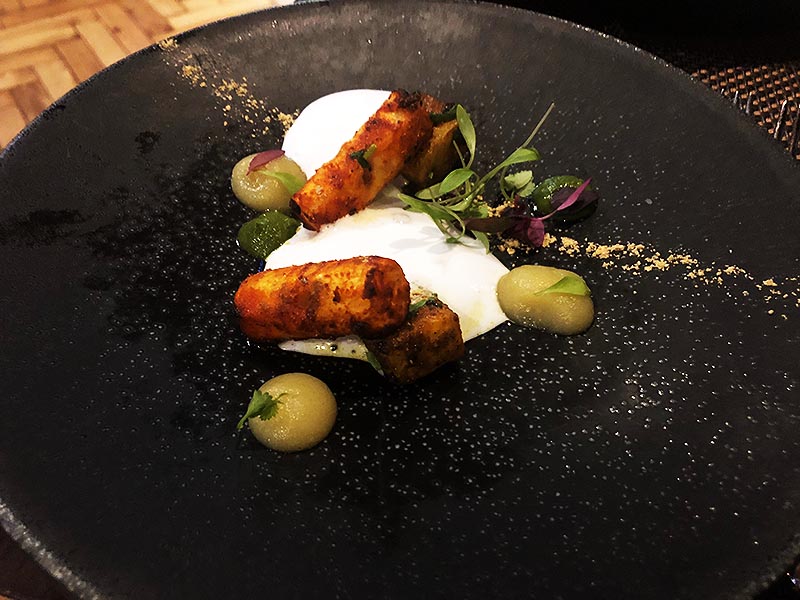 Who would have thought that celeriac could taste so good? I can highly recommend this starter. 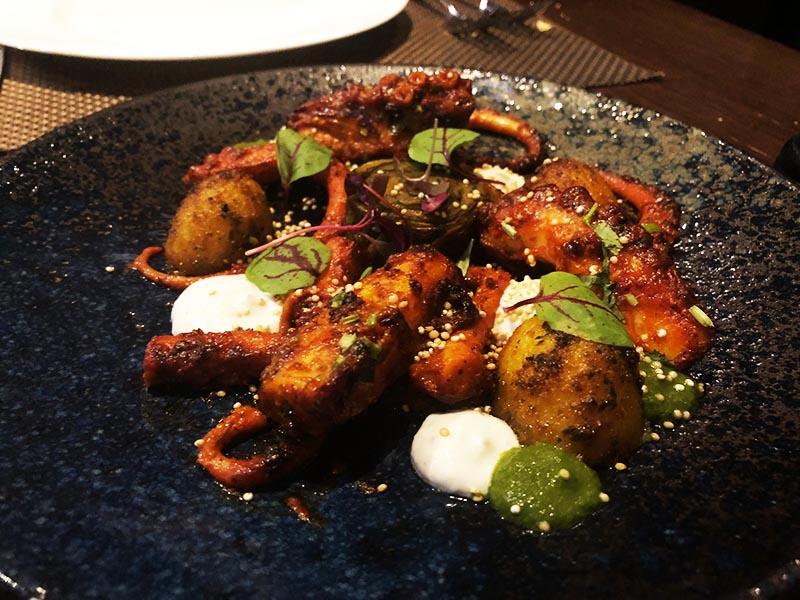 For me, this tender tandoori octopus was the highlight of the evening.

The starter courses were out of this world! First up was a tandoori celeriac which was served with mint chutney, burnt apple gel, masala seeds, gunpowder and coconut foam. Wow! Then came my requested tandoori octopus served with baby potatoes, colocasia (taro) root, labneh (a Lebanese style soft cheese), coriander chutney and a puffed quinoa. The octopus was so tender and perfectly spiced. After trying it, I purchased two octopuses to see if I could replicate his recipe at home. I’m not quite there yet but I’m working on it and won’t give up until I get it right. 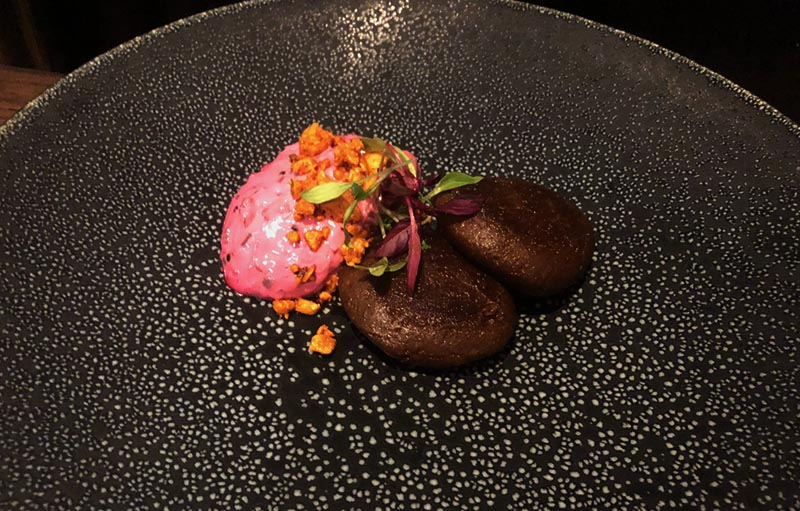 Then there was the kebab platter with a unique and delicious kaffir lime chicken tikka, tandoor lamb chops and fish tikka. I’m telling you… you have got to get to Baluchi to try these. Sure, you can get great tasting tandoori dishes at many restaurants but Santosh seems to have a way of making them something to really remember. 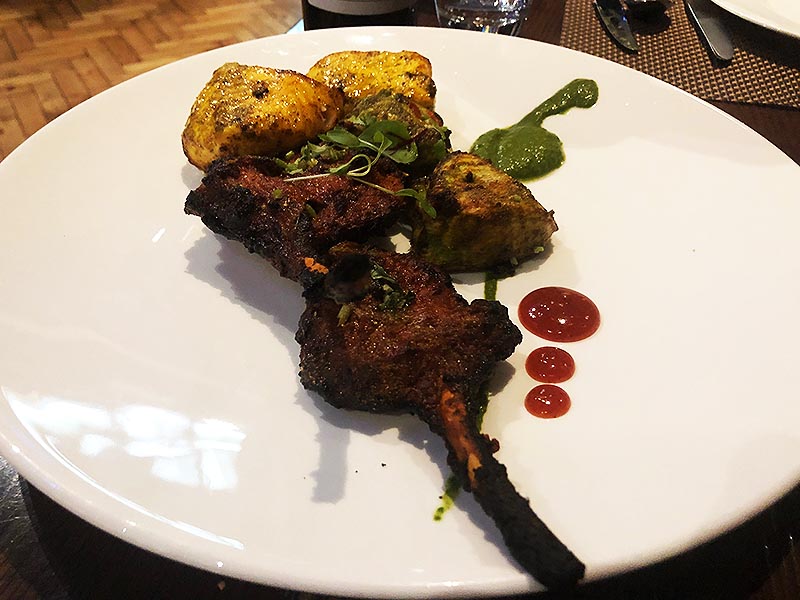 Santosh Shah is a master of the tandoor!

Our main course was a thali of curries which included butter chicken, kadhi pakoda (fried onion dumplings tempered in a yoghurt sauce), palak paneer, biryani, dhal makhani and a creamy jackfruit curry. I might cook a lot of Indian food but I had never tried jackfruit. I’m hooked! 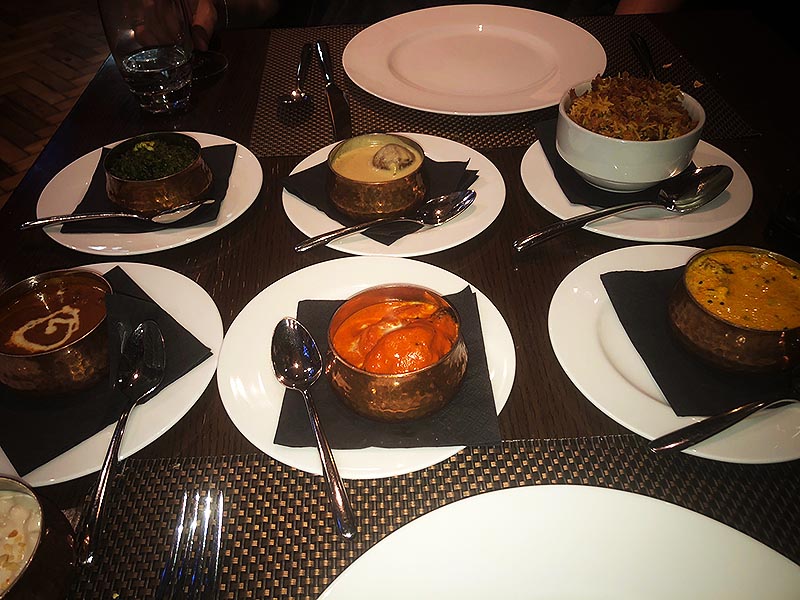 Thali of curries at Baluchi. What a feast! 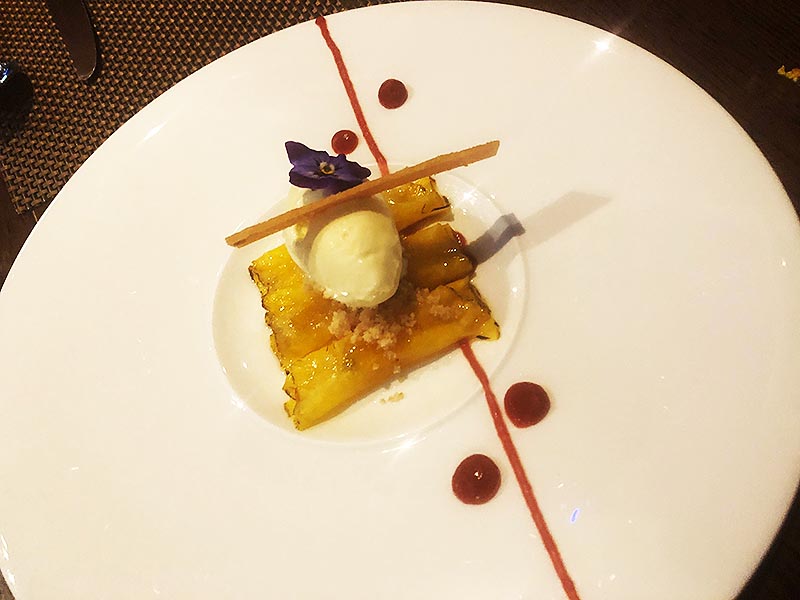 And to finish? I’m not even a big fan of desserts but this one blew me away. Tandoori pineapple with homemade cardamom ice cream and pink peppercorn tuille.

I can’t wait to return to Baluchi when I’m next in London. The meal was incredible and the service could not have been better. Thank you very much to Chef Santosh Shah, Chef Jomon Kuriakose and team!

Disclaimer: My wife and I were guests of Baluchi. We received pre-dinner cocktails, a free meal and bottle of wine. I was under no obligation to write a good review.
« Mild Chicken Curry with Paprika and Garlic
Dehydrated Veg Base Sauce »