Gambas pil pil can be mild or spicy depending on your preference. I travelled for three weeks around Spain looking for deliciously spiced dishes and this gambas pil pil ticked all the boxes.

Not only is it really easy to make but it can also be prepared from start to finish in about 15 minutes. 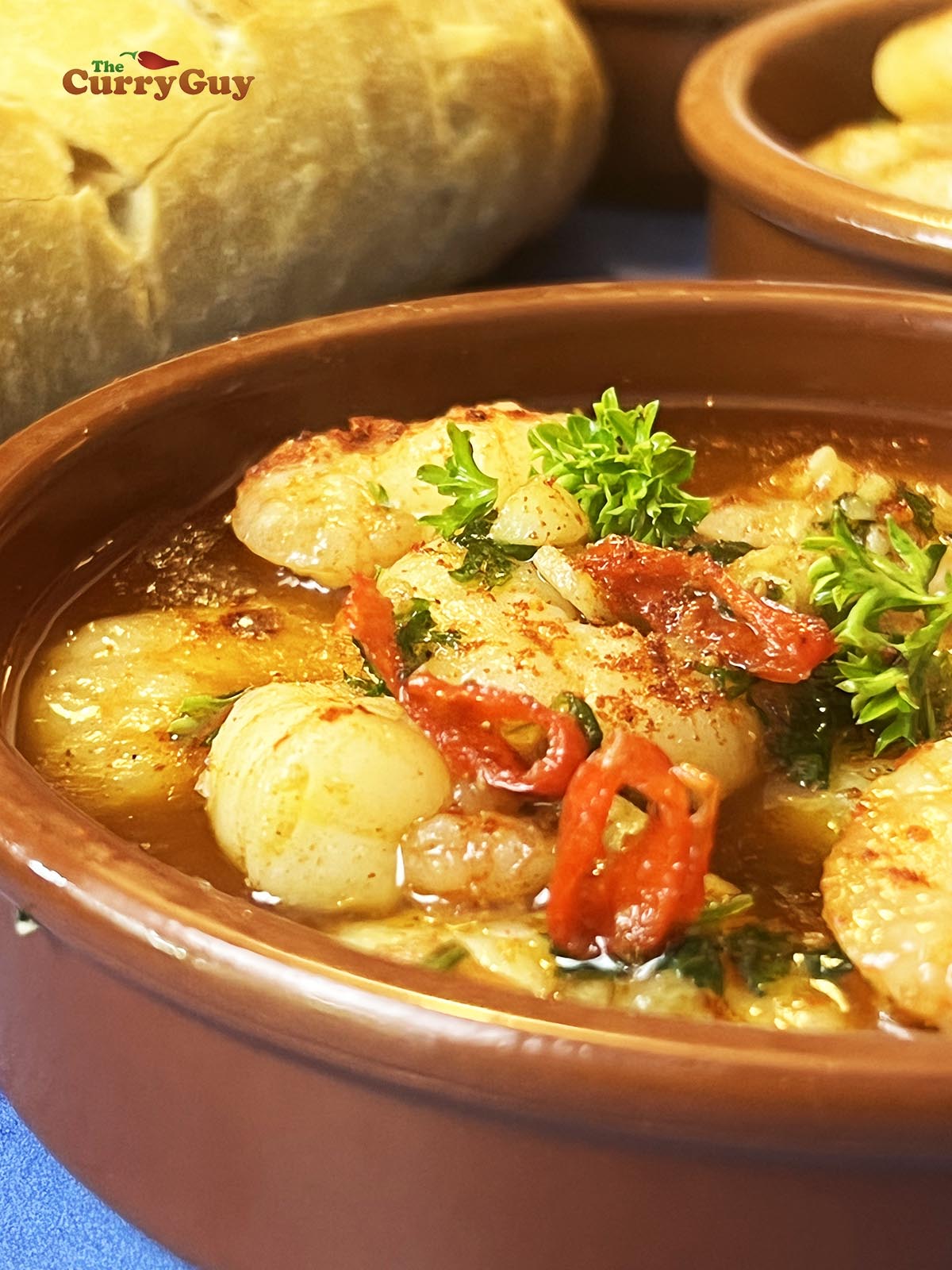 Why Spanish gambas pil pil food on a curry blog?

There was no way I couldn’t include a few recipes from the country responsible for introducing chillies to Europe.

Be sure to use this gambas pil pil recipe as a guide!

All of the recipes in my cookbooks and blog should be used as guides and this gambas pil pil is no exception. Add the garlic, chillies, spicy or sweet smoked paprika, parsley, salt and pepper to taste.

I usually throw in a lot more chillies but then I like my dishes spicy hot.

Be sure to cook over a low to medium flame…

We’re using olive oil here and it has a lower smoking point than other oils. I use a light olive oil which makes things easier.

You could also use extra virgin but be sure to keep the heat low to medium so that it doesn’t smoke and become bitter. This is also the best way to cook and infuse the garlic into the oil.

If you can source it, it’s not difficult these day, use Spanish smoked paprika. You can use picante or mild.

Although Hungarian paprika is very good, it usually isn’t smoked like Spanish paprika and I personally think the smoky flavour adds a lot to the flavour.

You can use whatever sized prawns you like. This time I used small prawns a lots of them. Large jumbo prawns are equally as good. 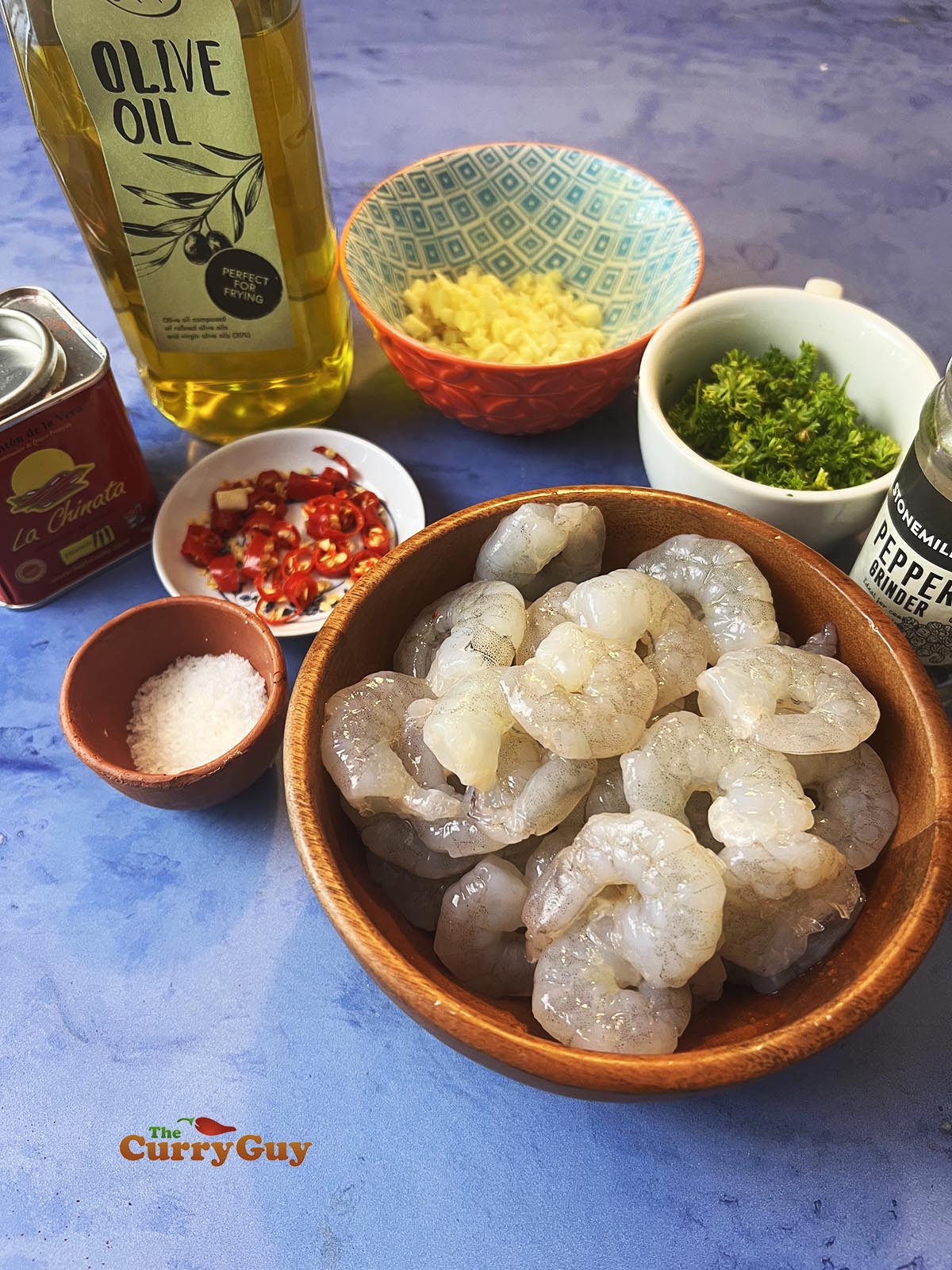 Get all your ingredients together before starting. This makes things a lot easier when you go to cook. 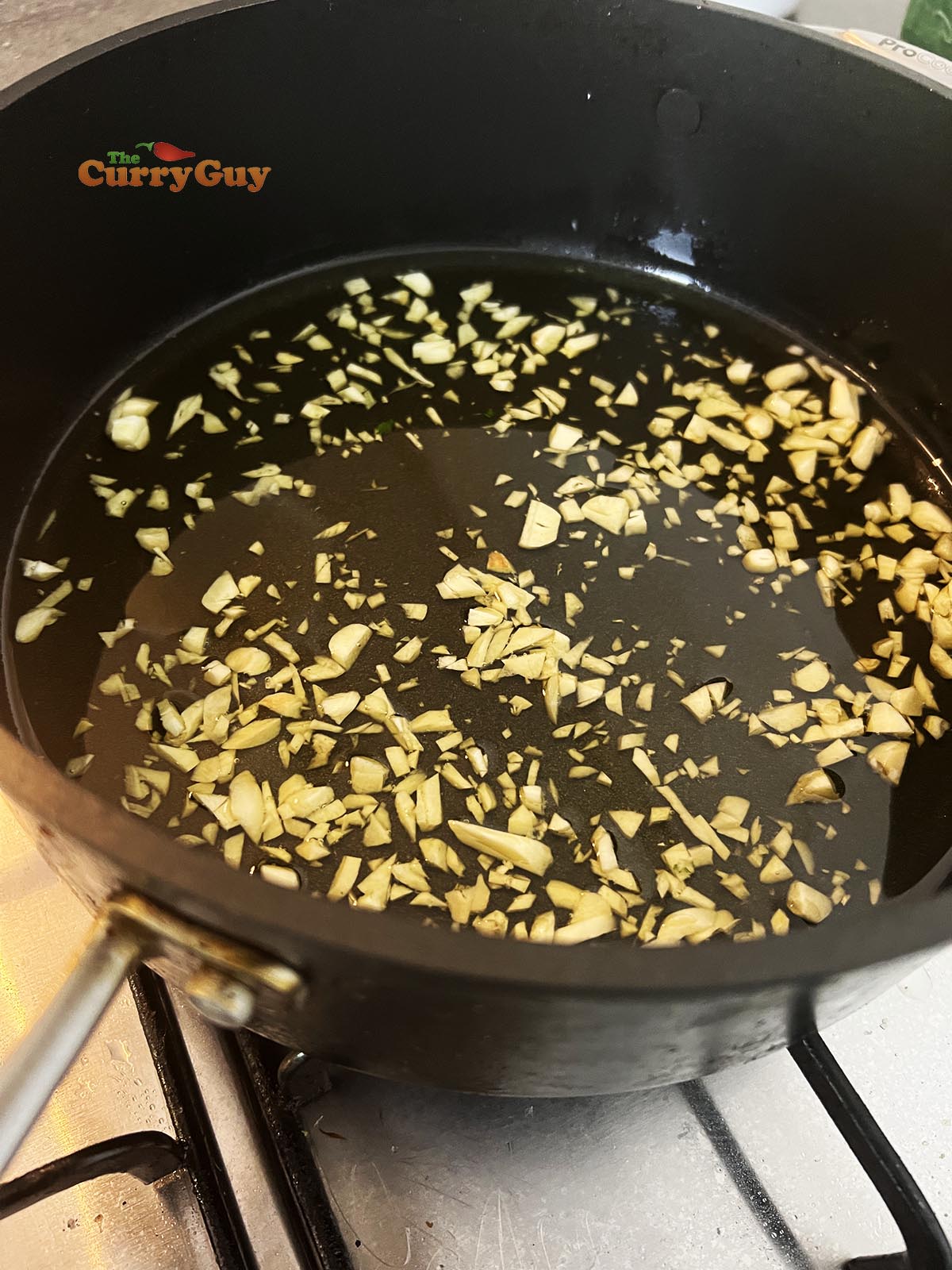 Fry the chopped garlic in the olive oil over low to medium heat until soft and lightly browned. 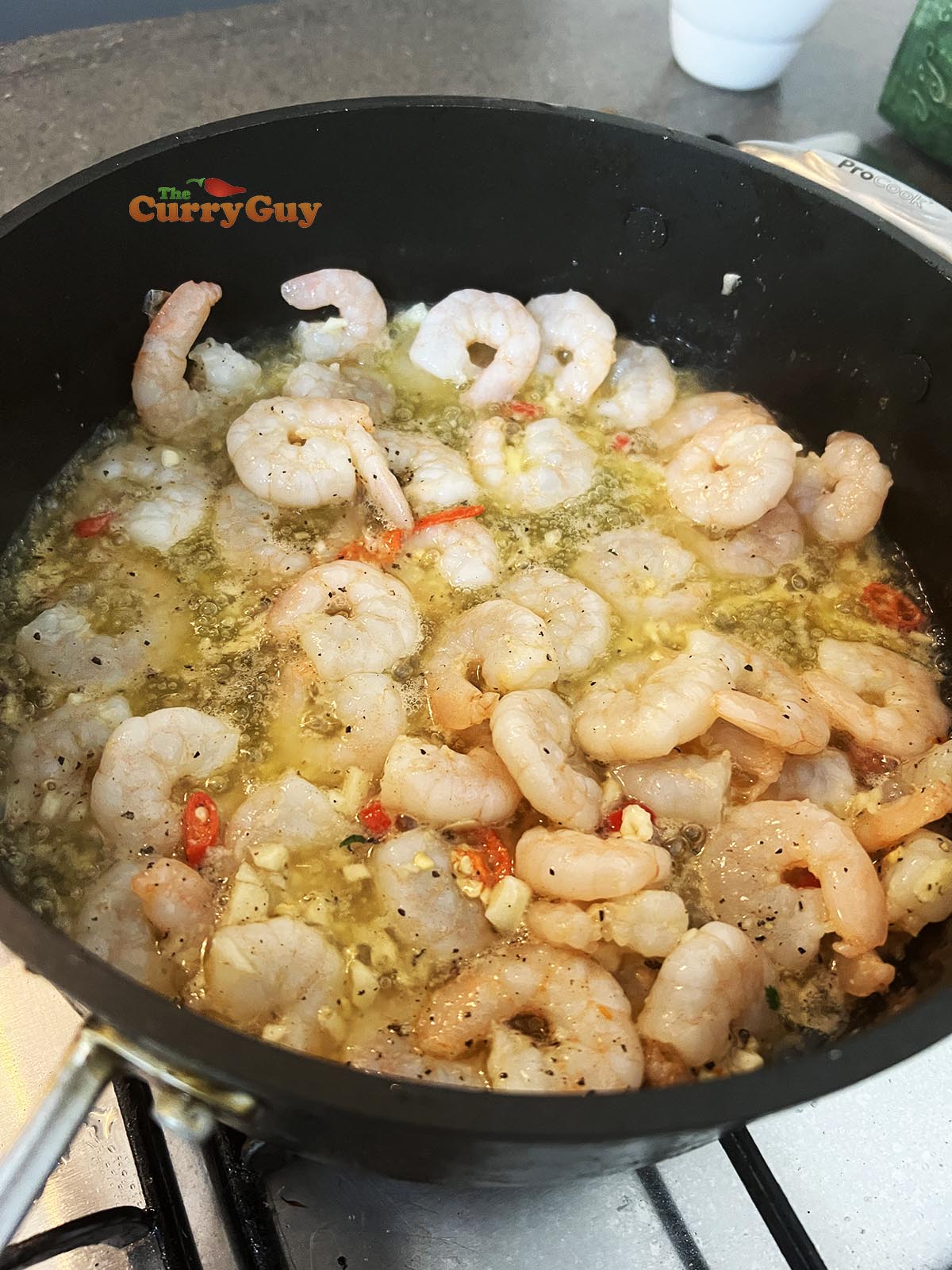 Add the prawns and chillies and stir them around in the hot oil. Cook until pink and almost cooked through. 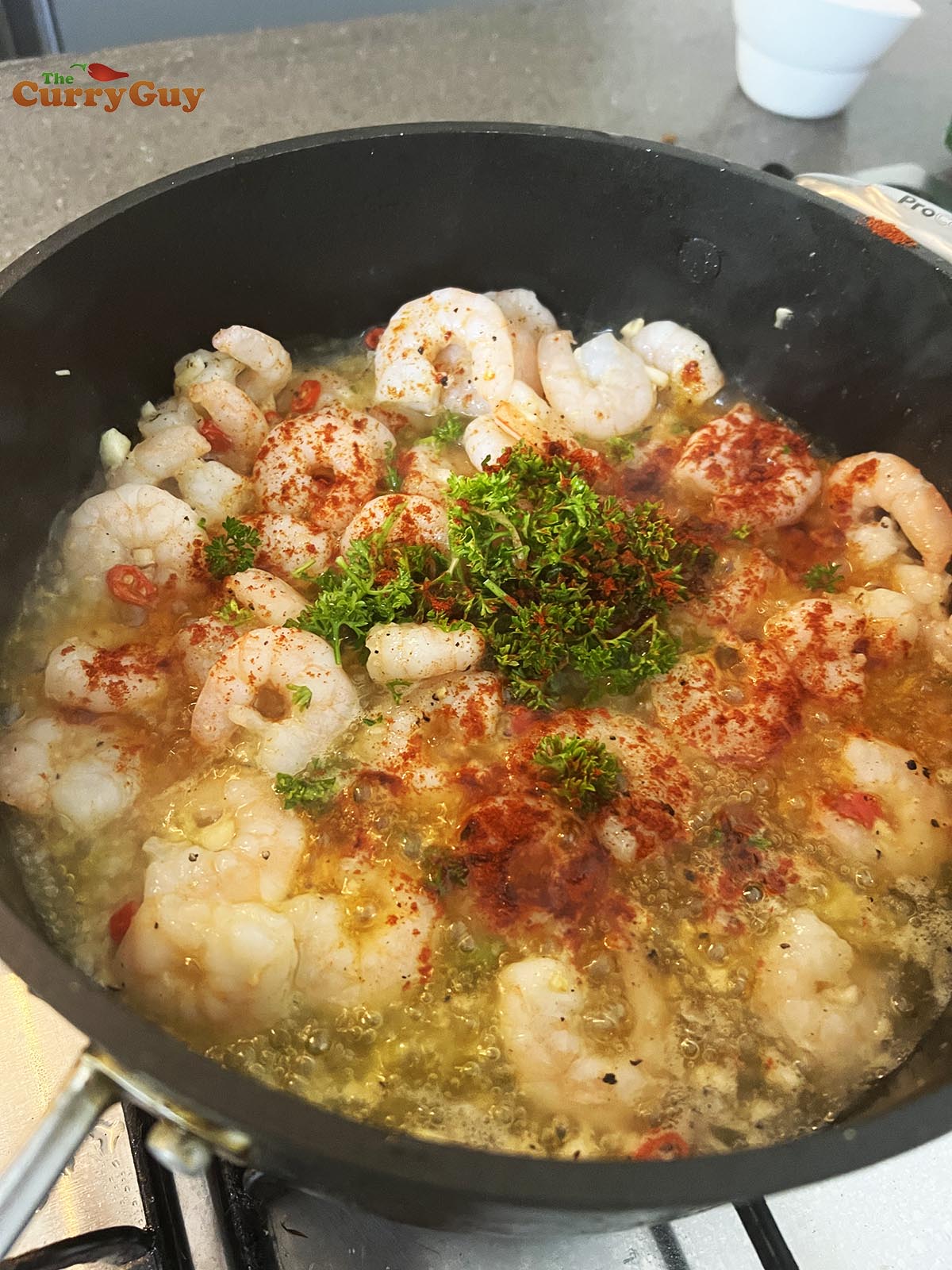 Next stir in the paprika, parsley, salt and pepper to taste. 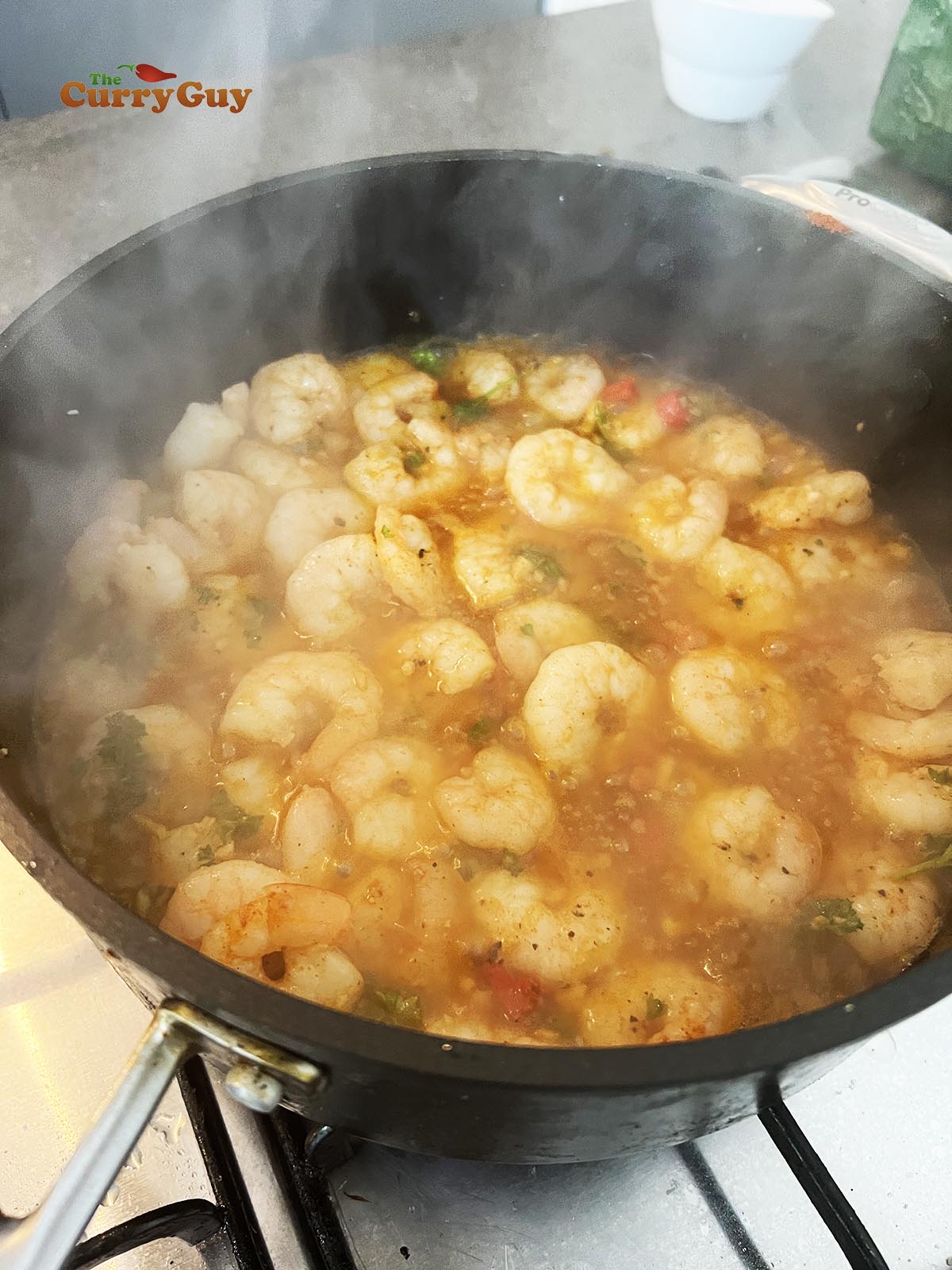 Cook for an additional couple of minutes and then serve hot with a crusty loaf of bread. 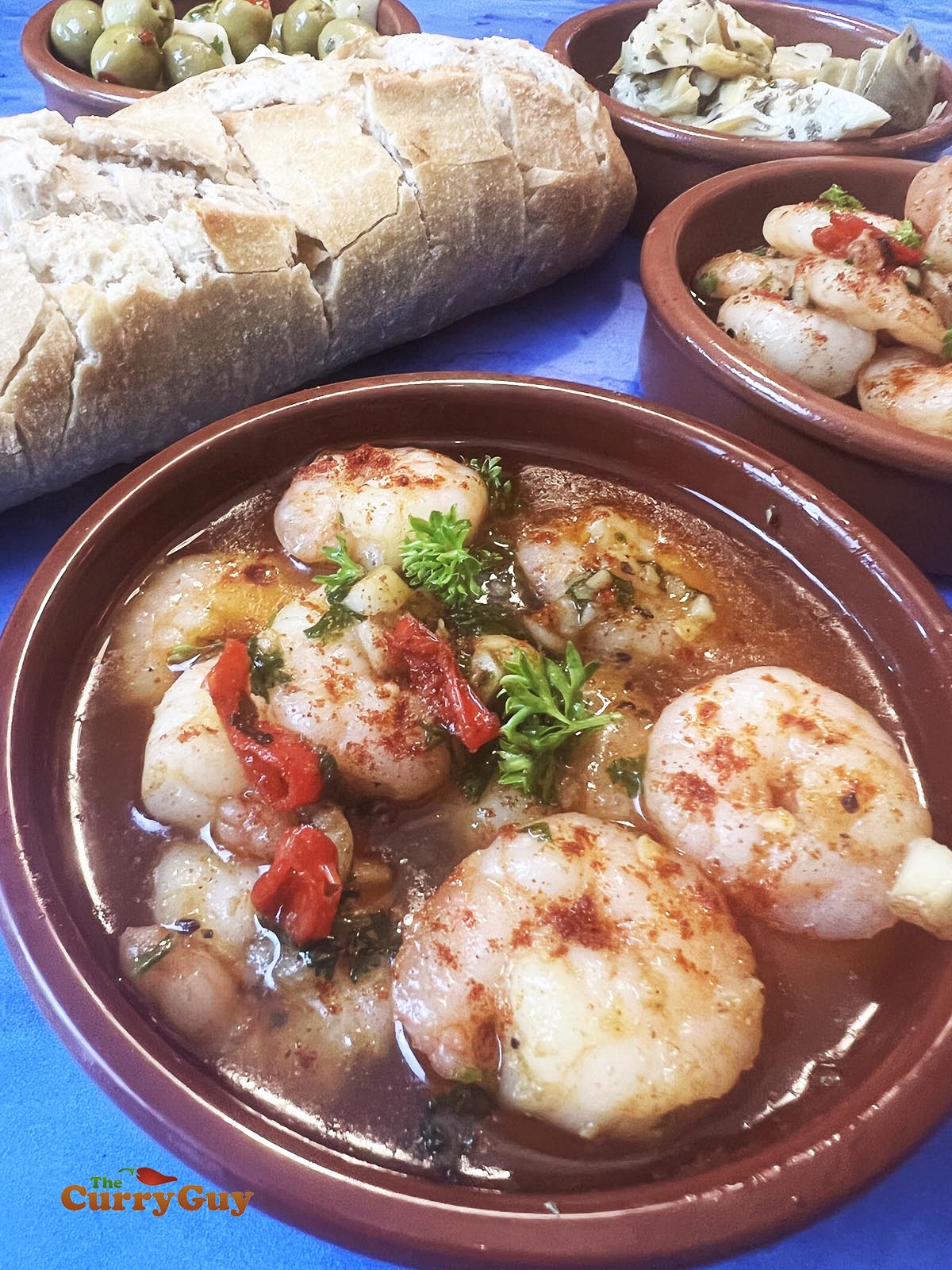 This popular tapas can be served with other tapas too. 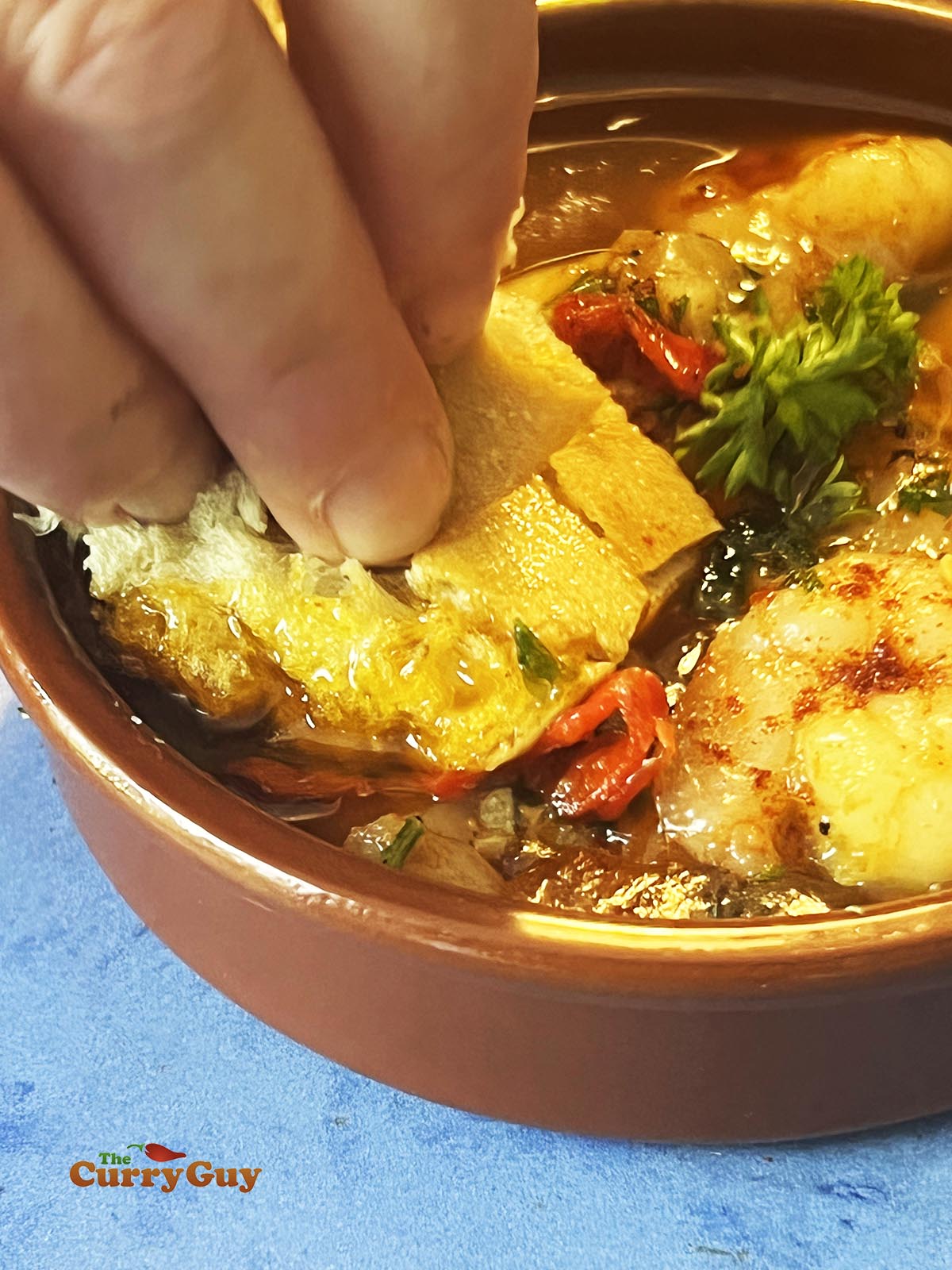 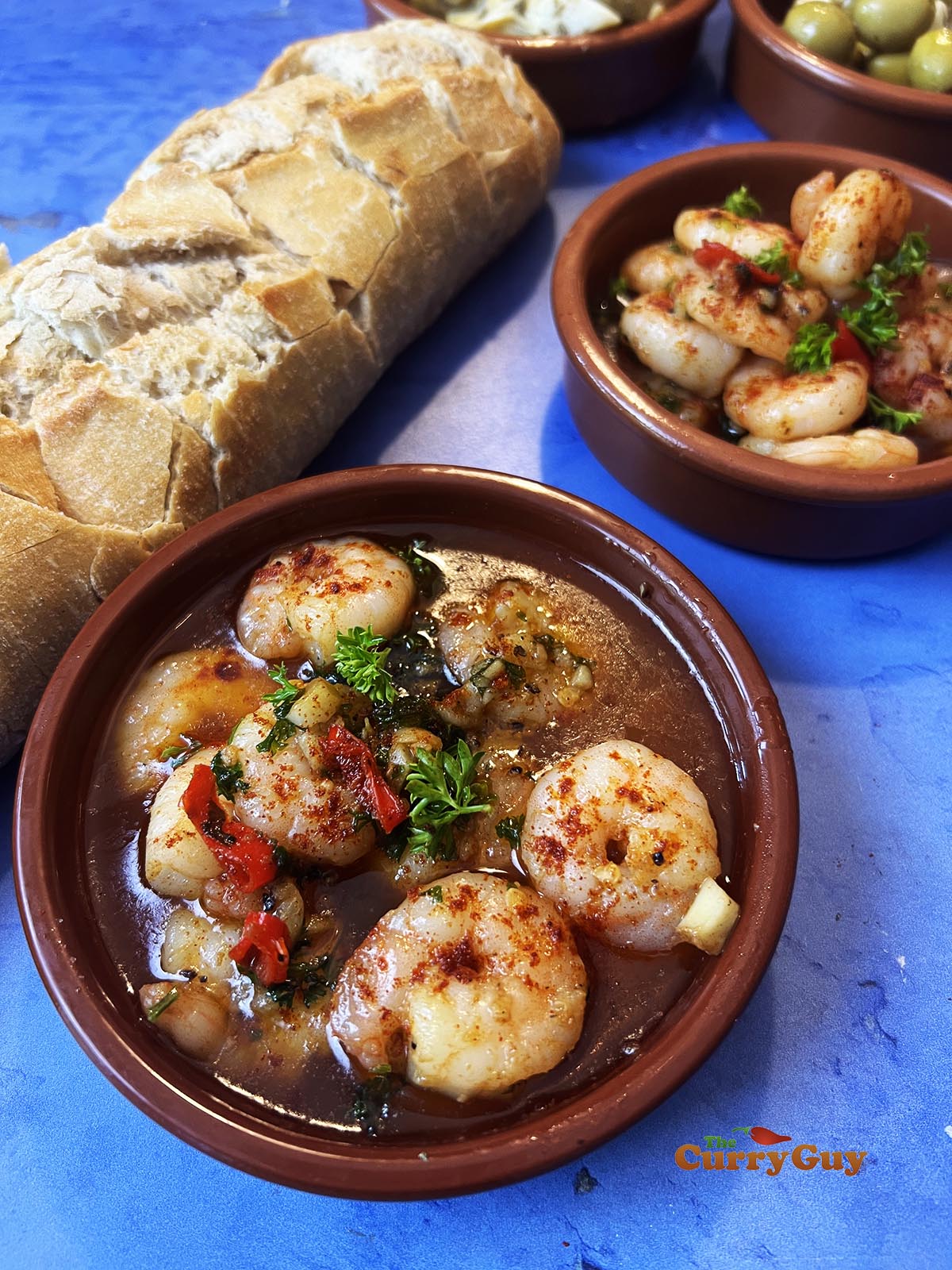 I hope you enjoy this gambas pil pil recipe. If you do try it, please leave a comment. I’d love to hear from you.