This is one of those most important British Indian restaurant recipes 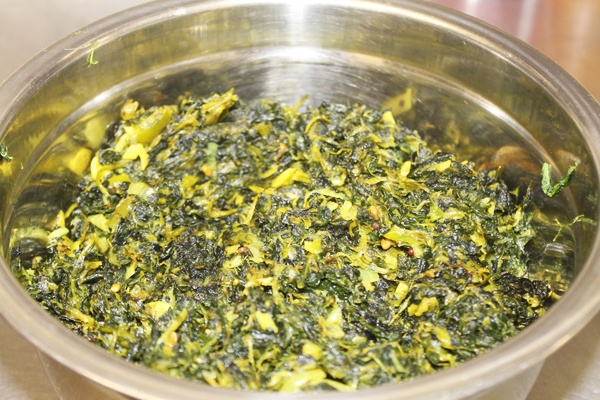 Cooked spinach for use in curries and side dishes

In almost every busy Indian restaurant kitchen I’ve been in, there is usually a batch of freshly cooked spinach at the ready. This spinach is used in a number of ways.

Sometimes it’s added to vegetable bhajee. It is after all a nice addition. Then it is also part of many curries from special paalak/saag dishes to more common saag aloo and paneer saag.

This is an easy preparation. There is no hot spice added as the spinach is often added to mild curries.


*Paanch Phoron translated ‘5 spices’ is a whole spice blend of equal parts of spice including fenugreek seeds, nigella seeds, cumin seeds, black mustard seeds and fennel seeds. You can blend your own though the whole spice mix is readily available at Asian shops.