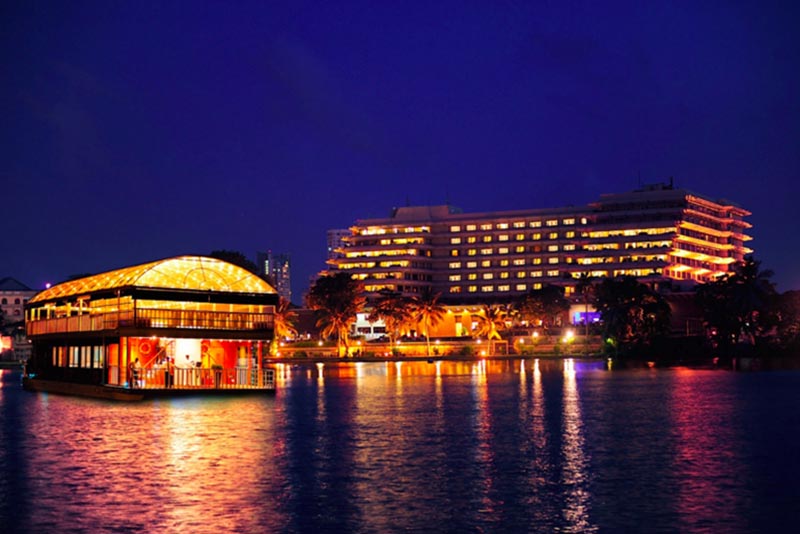 The Cinnamon Hotel Lakeside. Nice place to stay in Colombo.

My new food blogger friends and I were moved last minute from the Cinnamon Grand Hotel in Colombo to the Cinnamon Lakeside. I’m not sure why but both hotels were full so it probably had something to do with it. I wasn’t complaining though. My room was on the executive floor of the Cinnamon Lakeside Hotel with wonderful views of the city.

Where we had enjoy tranquil scenery and a rather laid back atmosphere in Hikka Tranz and Cinnamon Bey Beruwala, we were now in Colombo and got to experience a lot of what this lively city had to offer.

My room was comfortable and nice. Cinnamon Lakeside is more of a business hotel than the others we’d stayed at. From the executive floor patio, you could look down on the pool and enjoy panoramic views of Colombo. For those of you thinking about a holiday to Sri Lanka, Cinnamon Lakeside would make the perfect stop over spot before travelling on to wherever it is you’re going as it is quite close to the airport. 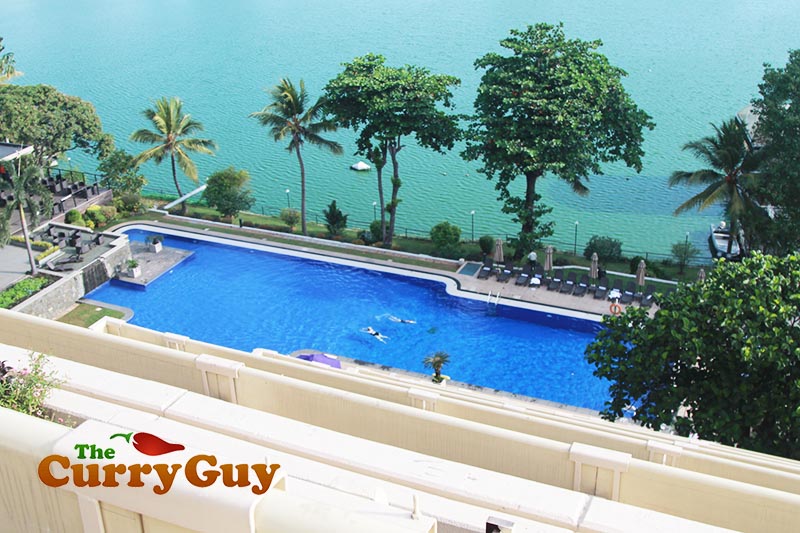 View from the top floor patio of the pool and lake. 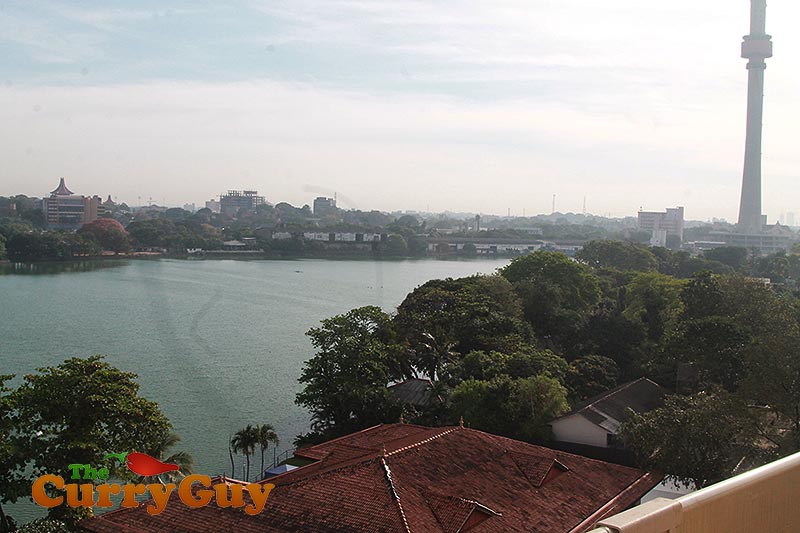 I couldn’t wait to get out and explore the city.

It was already evening when we arrived and I had just enough time to check in at home and do a bit of work on my computer when the phone rang. We were all invited to dinner across town at Nuga Gama – a traditional Sri Lankan restaurant at the Cinnamon Grand Hotel. There, we dined outdoors under a 200-year-old Banyan tree and the food and ambiance were spectacular.

I’m not a big fan of all you can eat buffets in the West. They bring back bad memories of morbidly obese people stacking their plate so high they have to ask a waiter to carry it for them while they waddle to their table. The buffet that was set out set out for us that night was a completely different story. You would be amazed at the selection of dishes. The hot curries were all cooked over a wood fire in clay pots. What a place! The bonus was, not only did the food taste and look great, most of the dishes were good for you. One of my favourite curries that evening was an authentic Sri Lankan black pepper chicken curry and yes I did get the recipe for you. 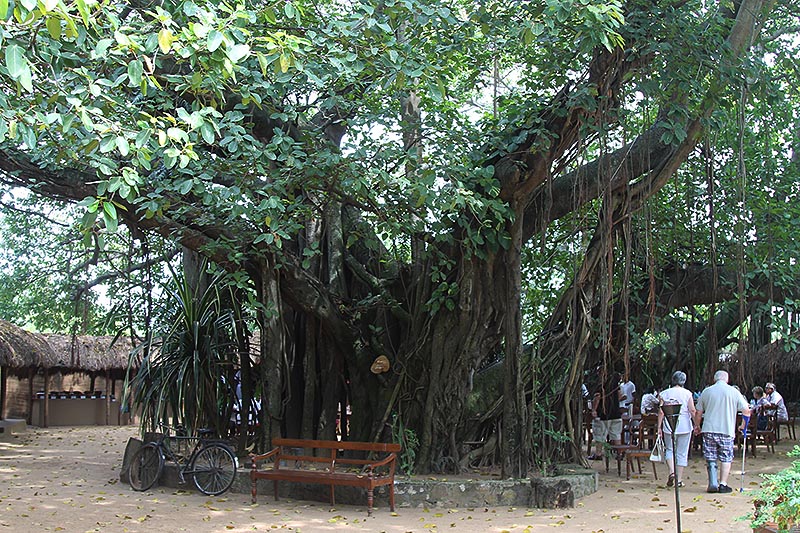 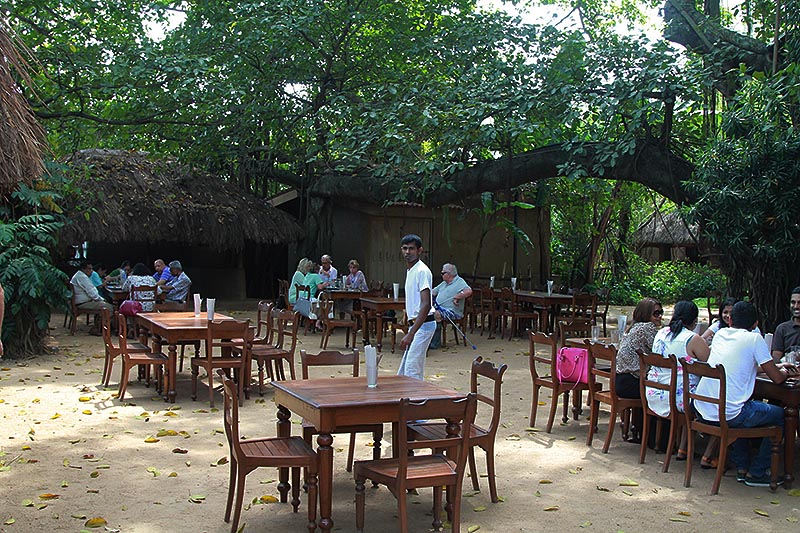 If you go to Columbo, I highly recommend Nuga Gama. Such a nice setting! 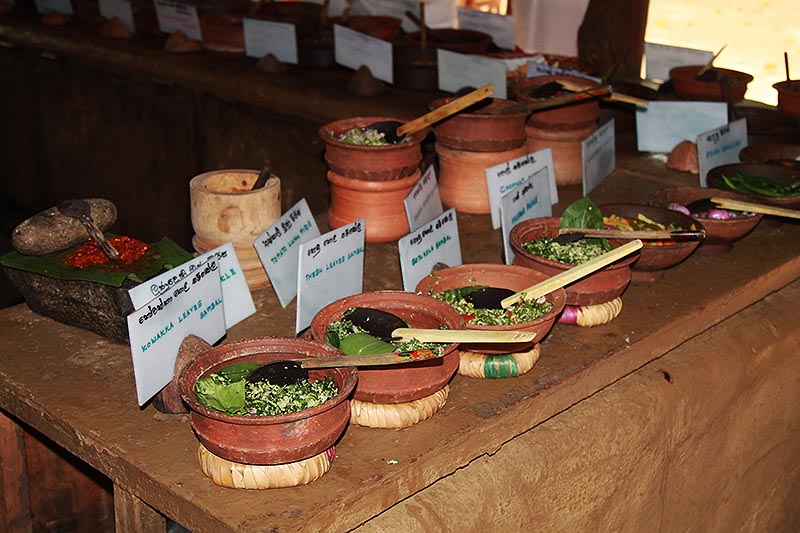 Some of the vegetarian chutneys and sambols. I tried them all. 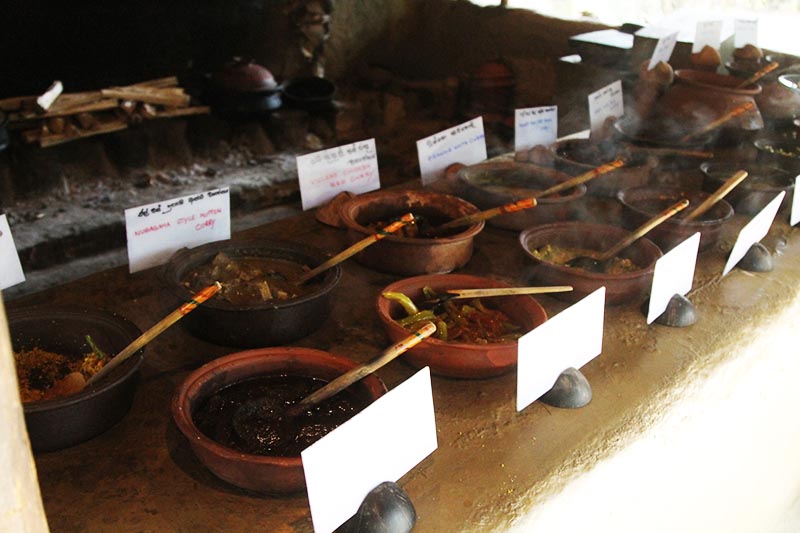 After a fun filled evening of awesome food and a few cold lagers, it was time to head back to the Cinnamon Lakeside.

The following morning we were invited back to the Cinnamon Grand to listen to Marco Pierre White speak and also watch him make a new signature dish he developed for Cinnamon Hotels. You can’t help but feel inspired when he speaks about his life. Us food bloggers were merely there to observe but he took time to take questions from each of the approximately thirty chefs in the room. Given the number of people he must have met while in Sri Lanka with Cinnamon Hotels, I was impressed when he turned to me, shook my hand and said “Hi Dan.” He must have an excellent memory. 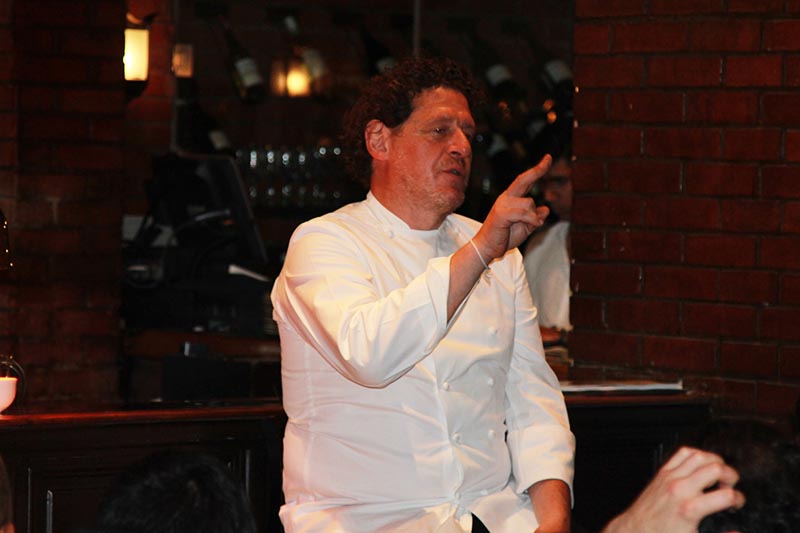 Marco during his question and answer session. 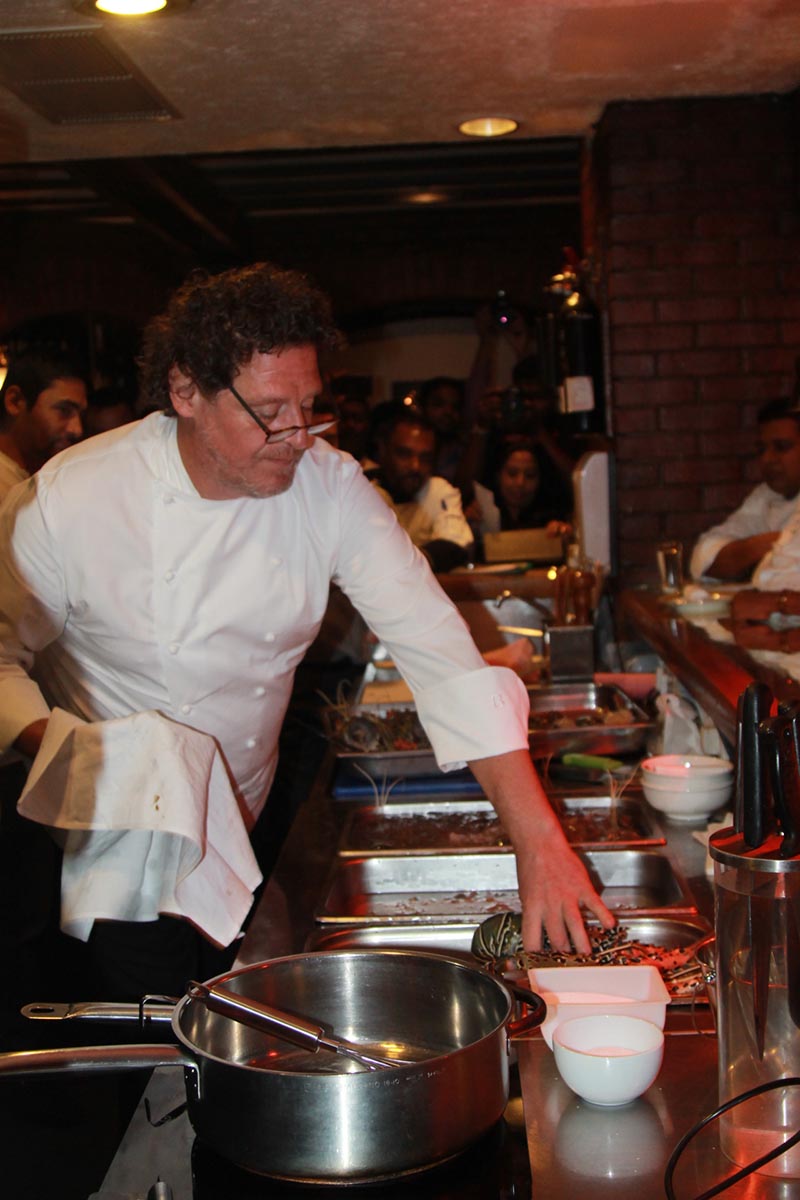 After Marco’s demonstration, we were off to see Colombo for a few hours. Colombo is a bustling place. There was so much to see and not enough time to see it. I managed to get a few markets in and that was about it. Still, I saw enough to know I want to go back someday and spend a little more time. 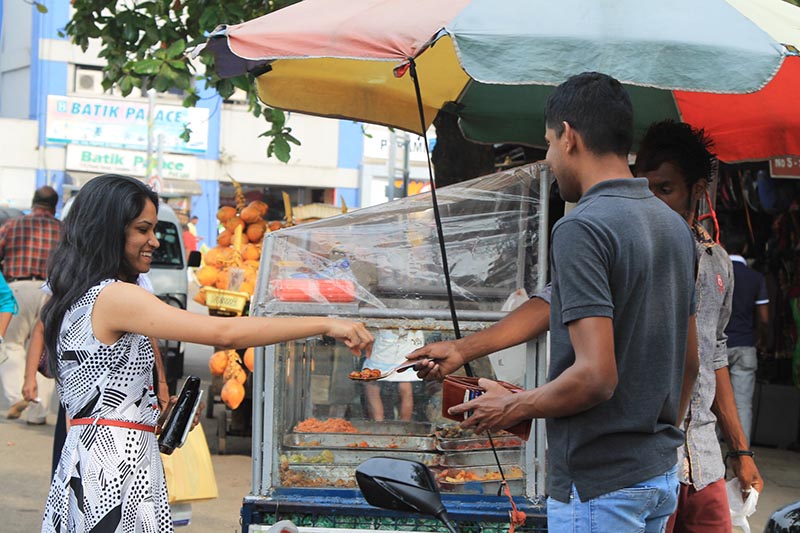 I have to admit, I did have a few snacks too along the way. 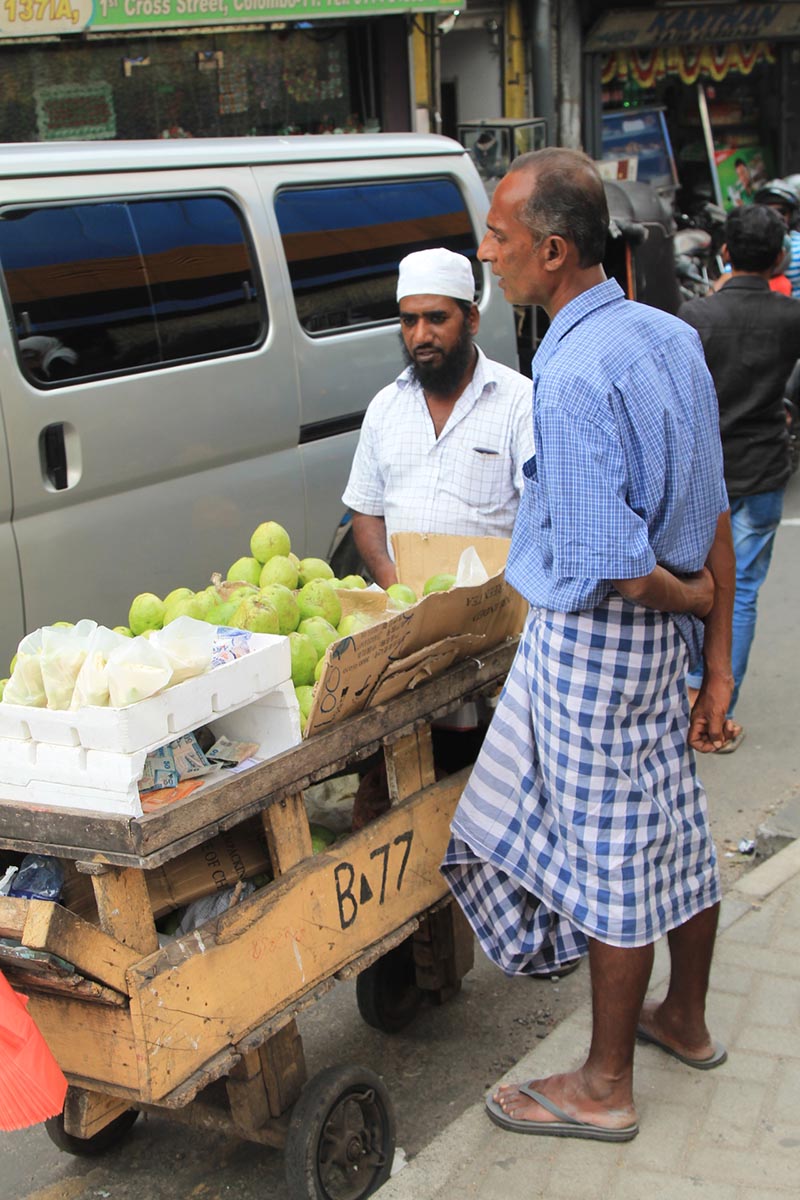 Food stalls large and small were all over the place. 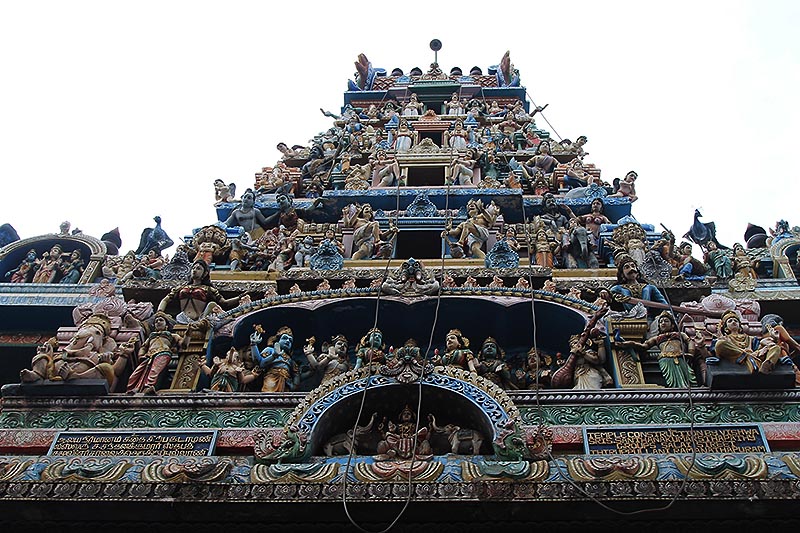 Came across this Hindu temple and had to take a photo. Check out all the beautiful detail. 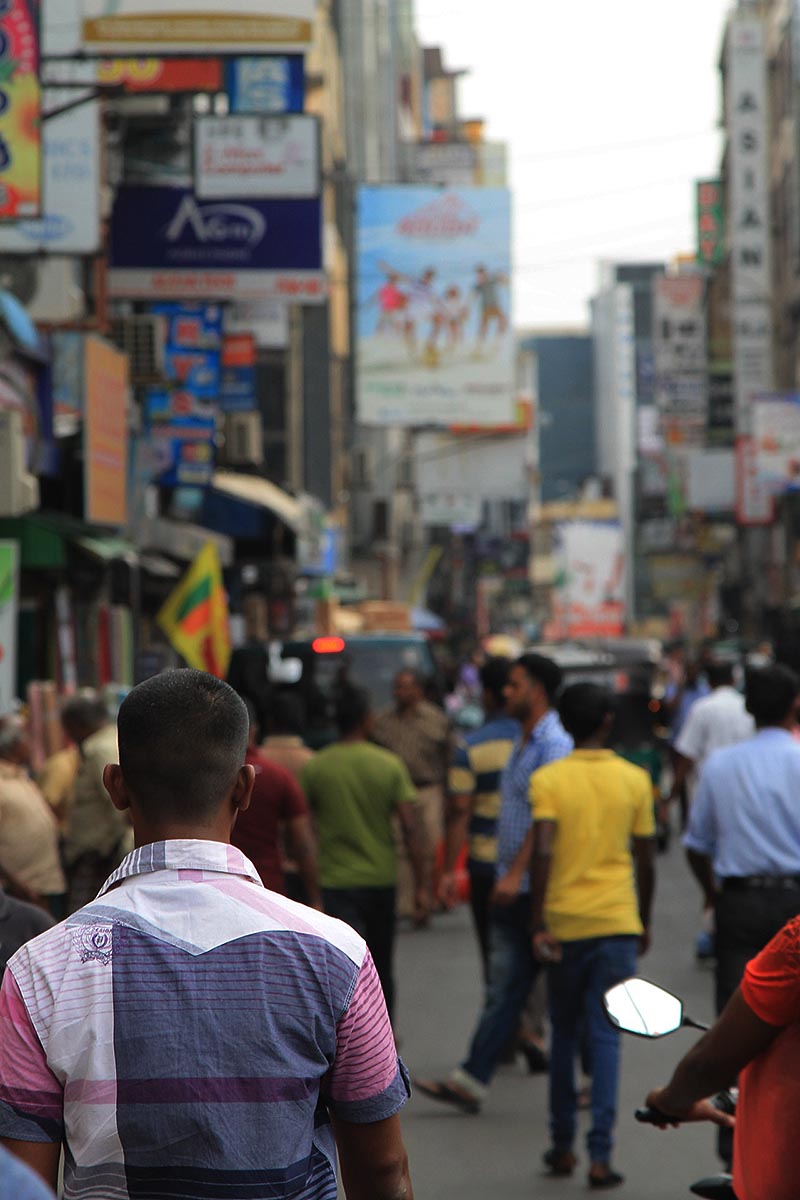 The streets are busy and fun. 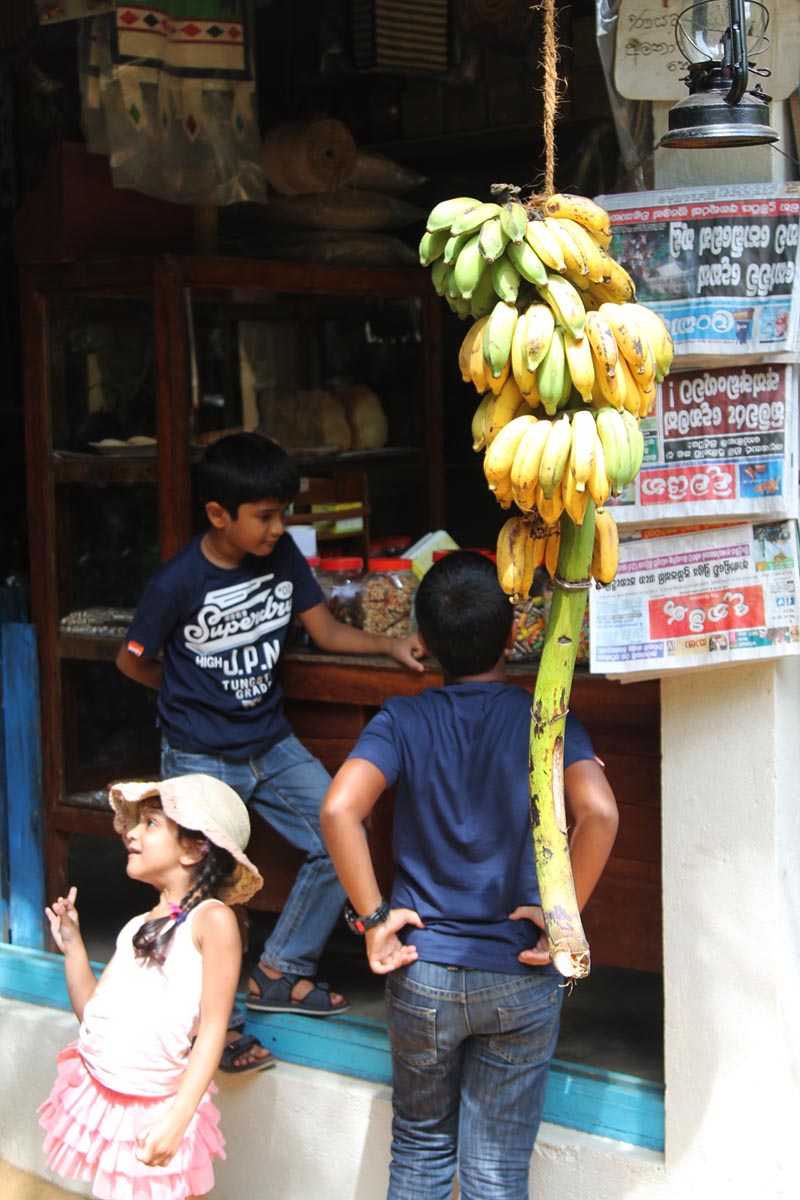 Fresh bananas were for sale everywhere. They are better than what we get at the supermarket. 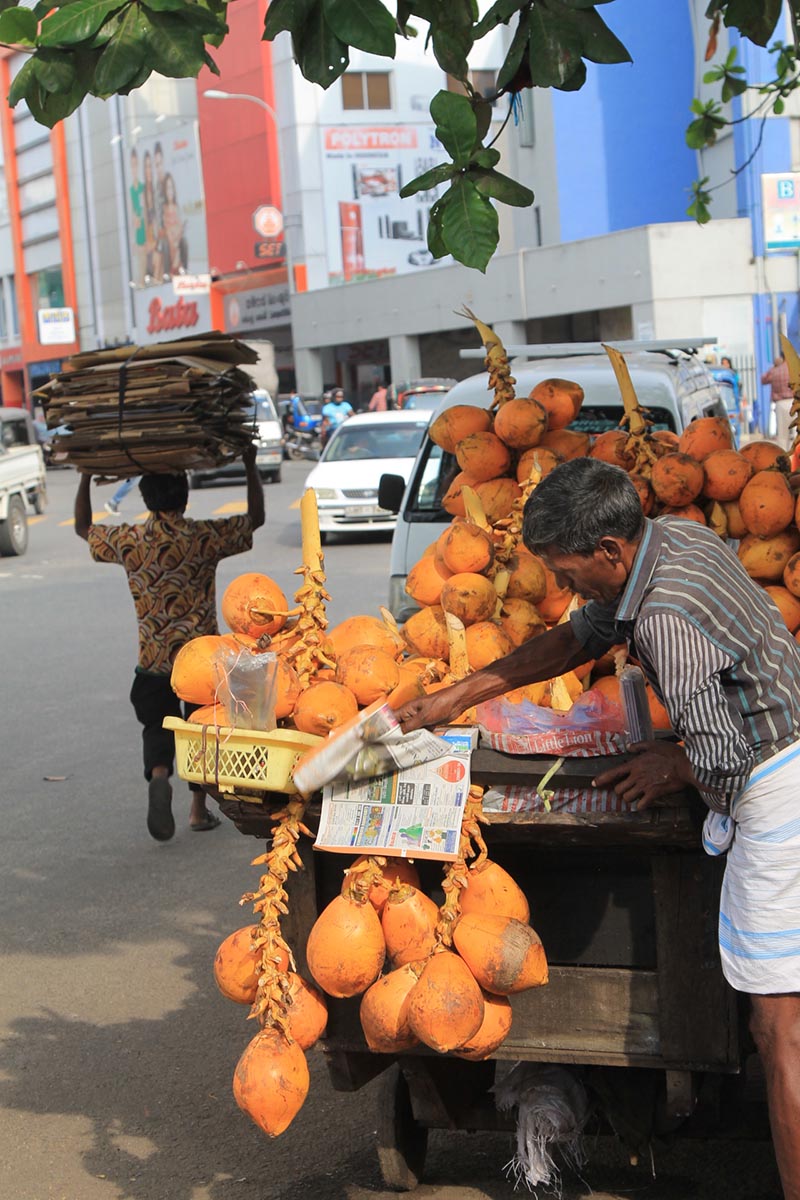 Loved the fresh coconut juice. It was everywhere in Sri Lanka. Miss it now.

I managed to get my hands on a couple of hopper pans so I could make these Sri Lankan specialties for my family and then it was time to get back to the hotel. The hugely publicised Master Chef with Marco Pierre White event was being held that afternoon. I have to admit I didn’t watch the whole show as the bar was calling. The evening concluded with a gala dinner with Marco. The theme of the evening was British food and the Cinnamon chefs didn’t let us down. All of the food had been brought in from the UK. As delicious as it was, I was there to try Sri Lankan food and I was about to get a lot more of that.

The next morning we were being flown by Cinnamon Air inland to Cinnamon Lodge Habarana! 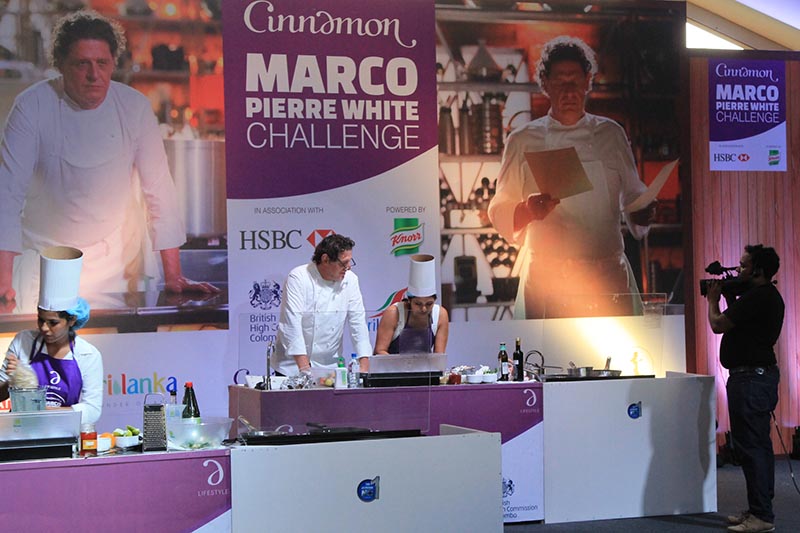 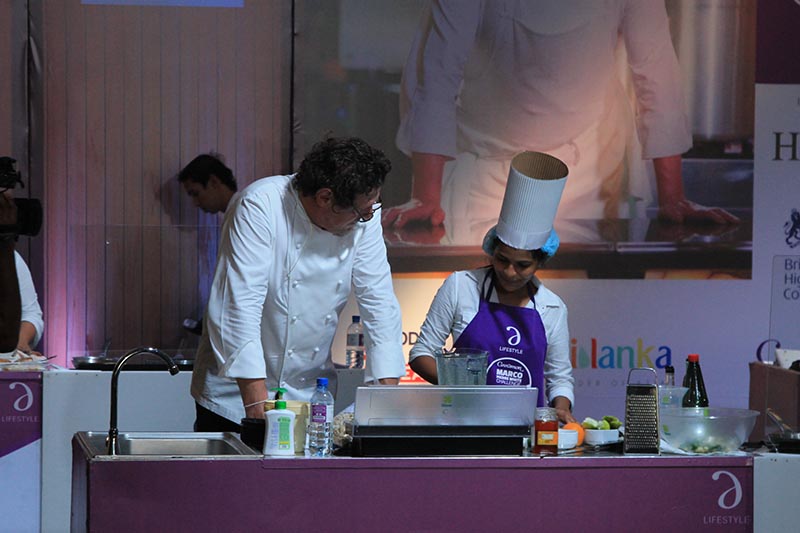 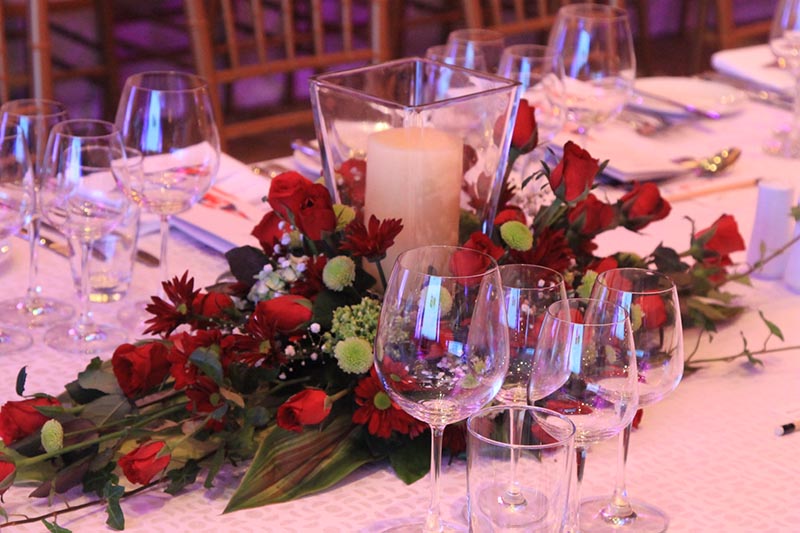 This was one posh evening. 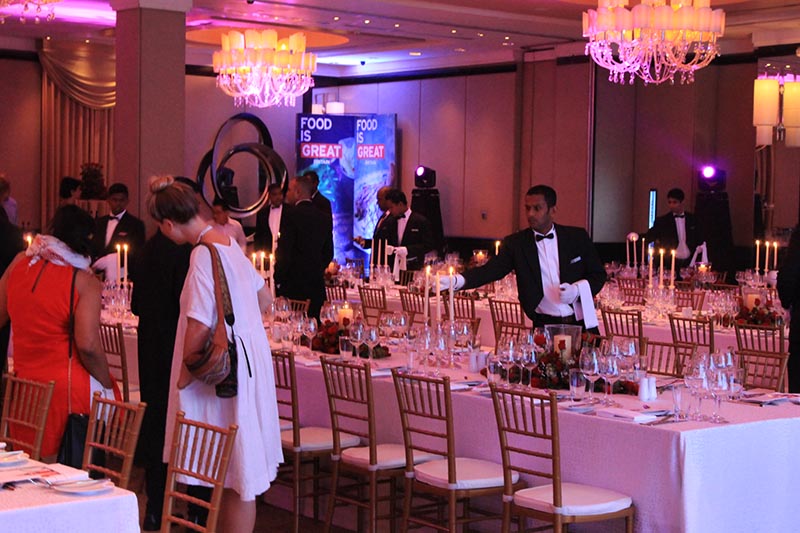 The fun was about to get under way. 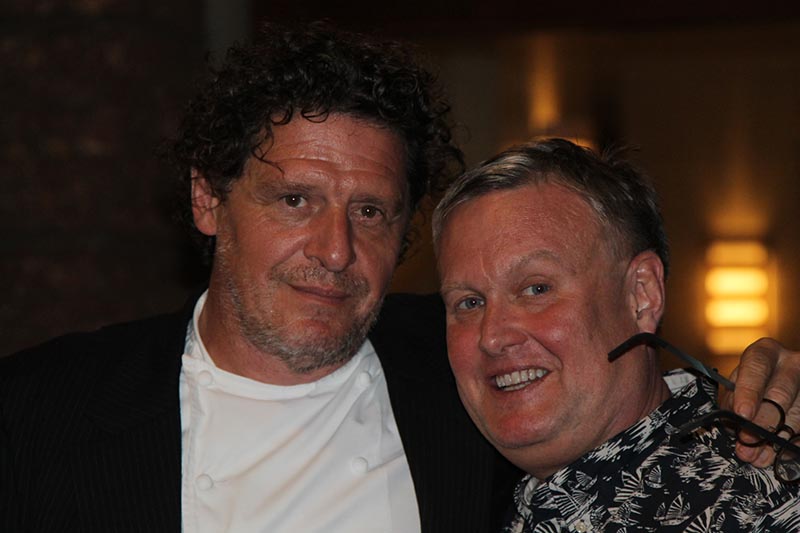 Outside the event with my new friend Marco just before he was picked up to go to the airport.