This easy Pakistani chicken tikka is so good!

There are so many recipes for tandoori chicken. I’ve tried hundreds at restaurants and at home and have many more to get through.

I think that if you try this Pakistani chicken tikka recipe, you’ll understand why it is one a of my go-to recipes. 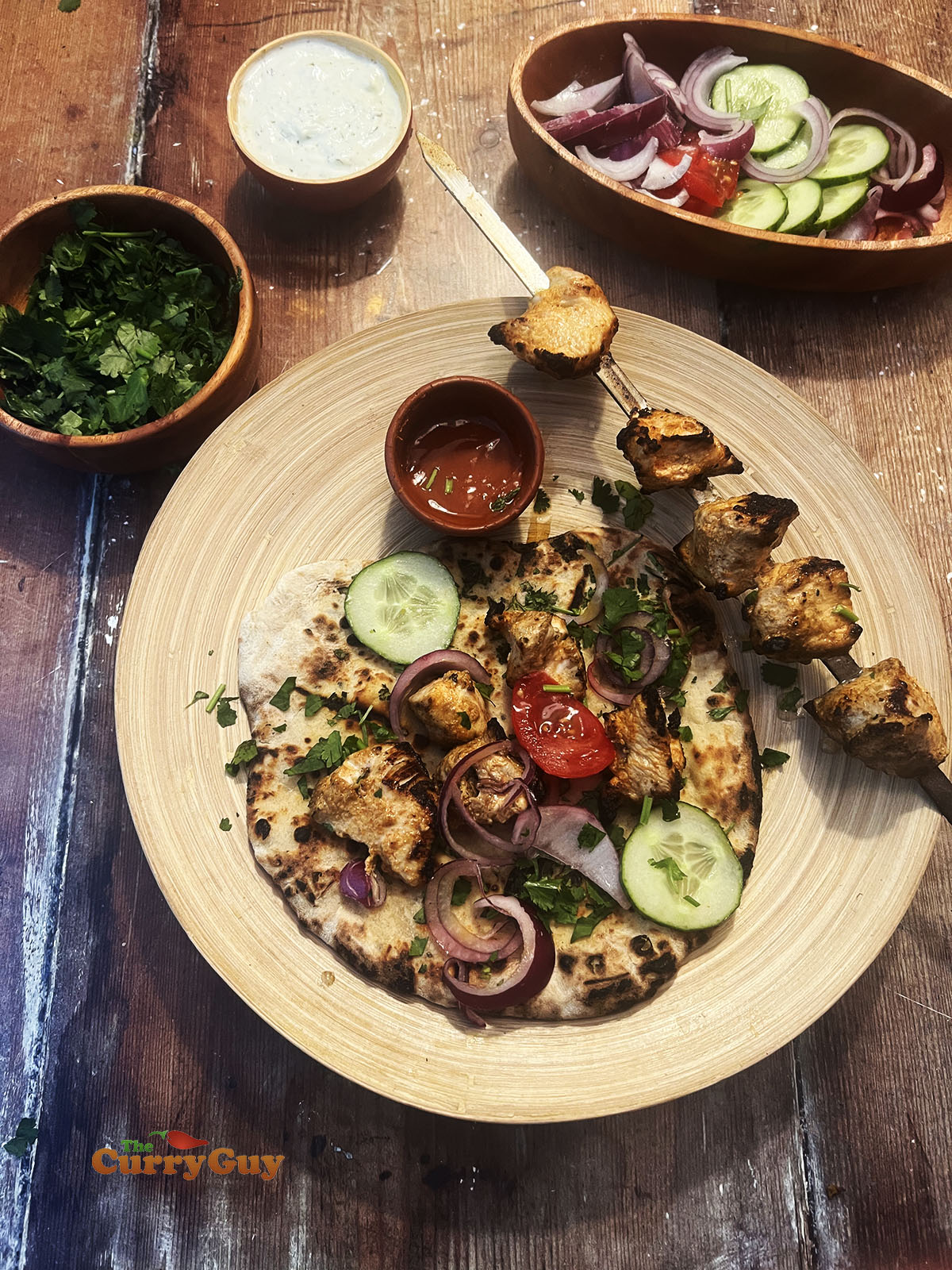 This is one of the quickest and simplest chicken tikka recipes out there.

About this Pakistani chicken tikka recipe…

This has to be one of the first recipes for tandoori chicken I ever learned.

Back when I first moved to the UK, a chef friend showed me his mother’s chicken tikka recipe. He told me how important it was to allow the chicken tikka to marinate for hours!

The recipe calls for quite a lot of yoghurt. You don’t need to use that much. In fact, if serving this Pakistani chicken tikka on its own or with naans, you should use half as much.

If using the meat in a curry, however, be sure to use it all. Then scrape off as much marinade as you can before grilling and use the remaining marinade to flavour your curry sauce.

Does this Pakistani chicken tikka have to be done on the barbecue?

Not at all, though that’s how I prefer to cook it. I also like to cook this in my tandoor and highly recommend getting one if you don’t already have one.

You could also cook the chicken tikka in the oven set to its highest temperature for about 15 to 20 minutes. Be sure to turn and baste it with lots of delicious ghee half way through! Or try my stovetop method here.

Want to get an amazing smoky flavour in the oven or on the stovetop?

You could also use a little trick called the dhungar method. This is an Indian and Pakistani method of giving tandoori meat and vegetables a smoky flavour while cooking indoors.

To do it, you just need a piece of lumpwood charcoal. Light it and place it on a two layer thick piece of foil.

Then place the charcoal and foil in the centre of your marinating meat. Drizzle a little oil over the charcoal and it will begin to smoke. Cover the bowl and allow to smoke until the smoke subsides.

There you have it, easy, Pakistani chicken tikka that can be cooked in the oven with a delicious smoky flavour.

Photos of how to make this Pakistani chicken tikka… 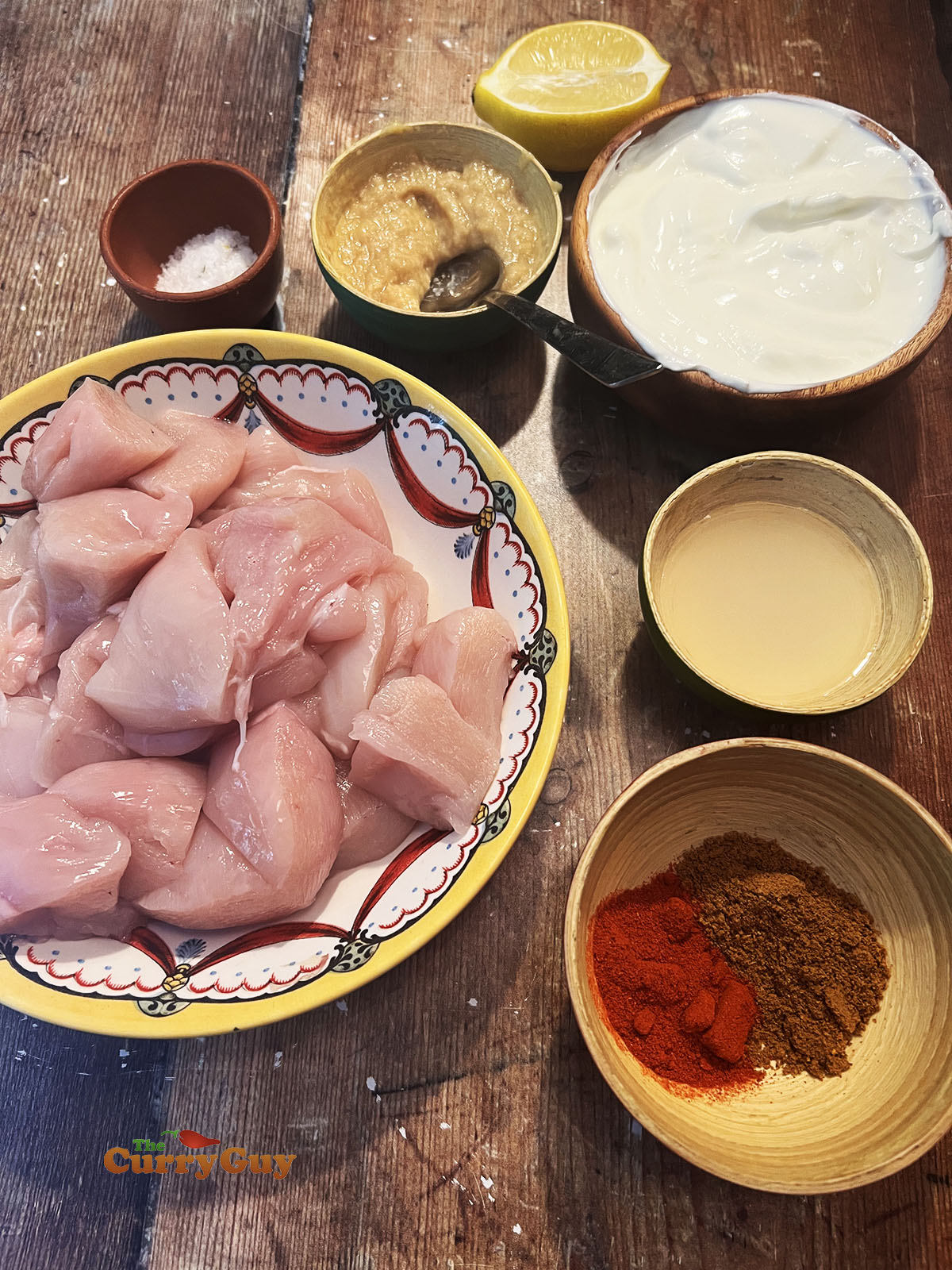 Get all of your ingredients together before starting. It’s easier that way. 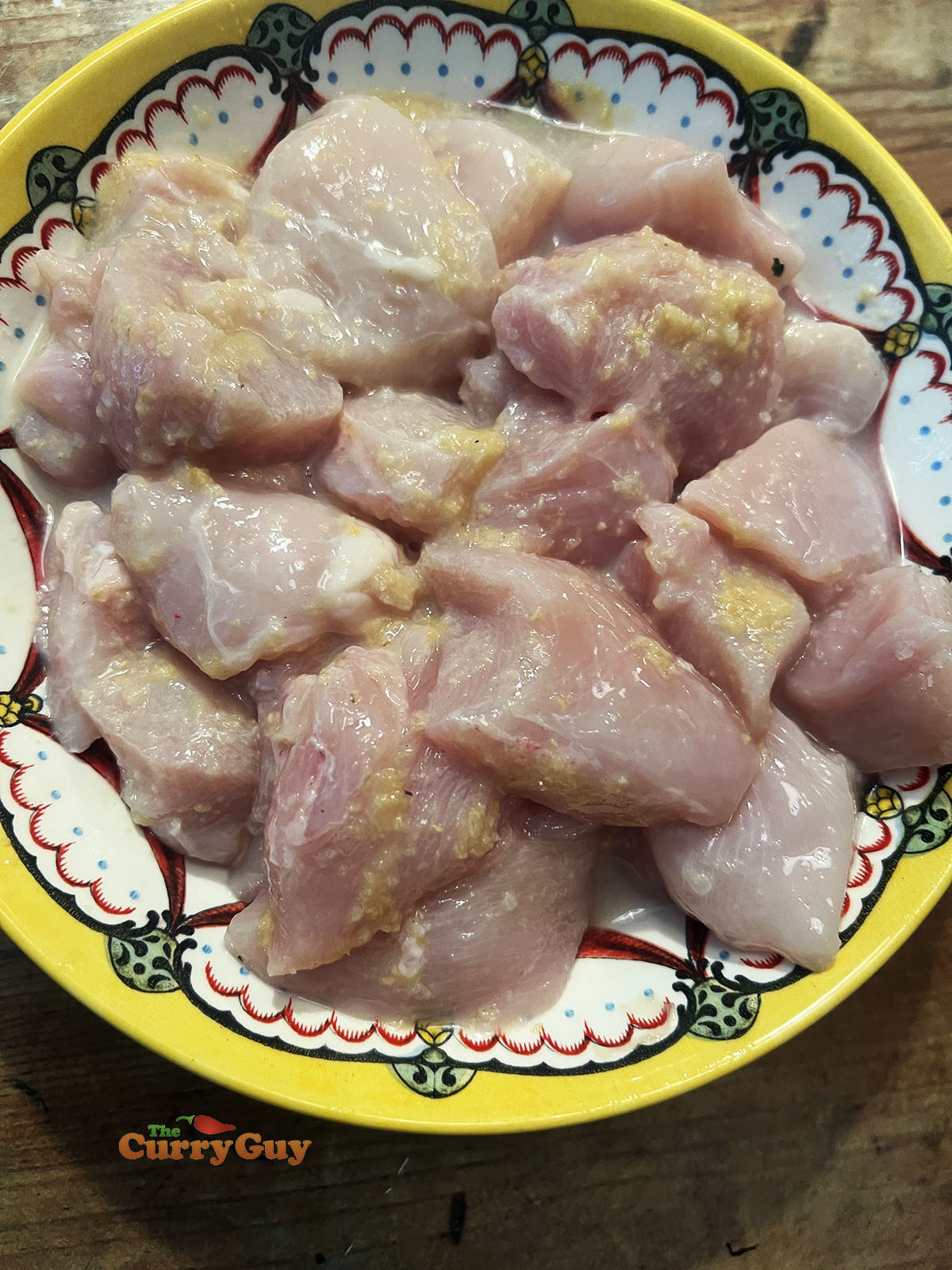 Mix the chicken pieces with the lime juice, garlic and ginger paste and salt. Leave for at least 10 minutes but not more than 25. 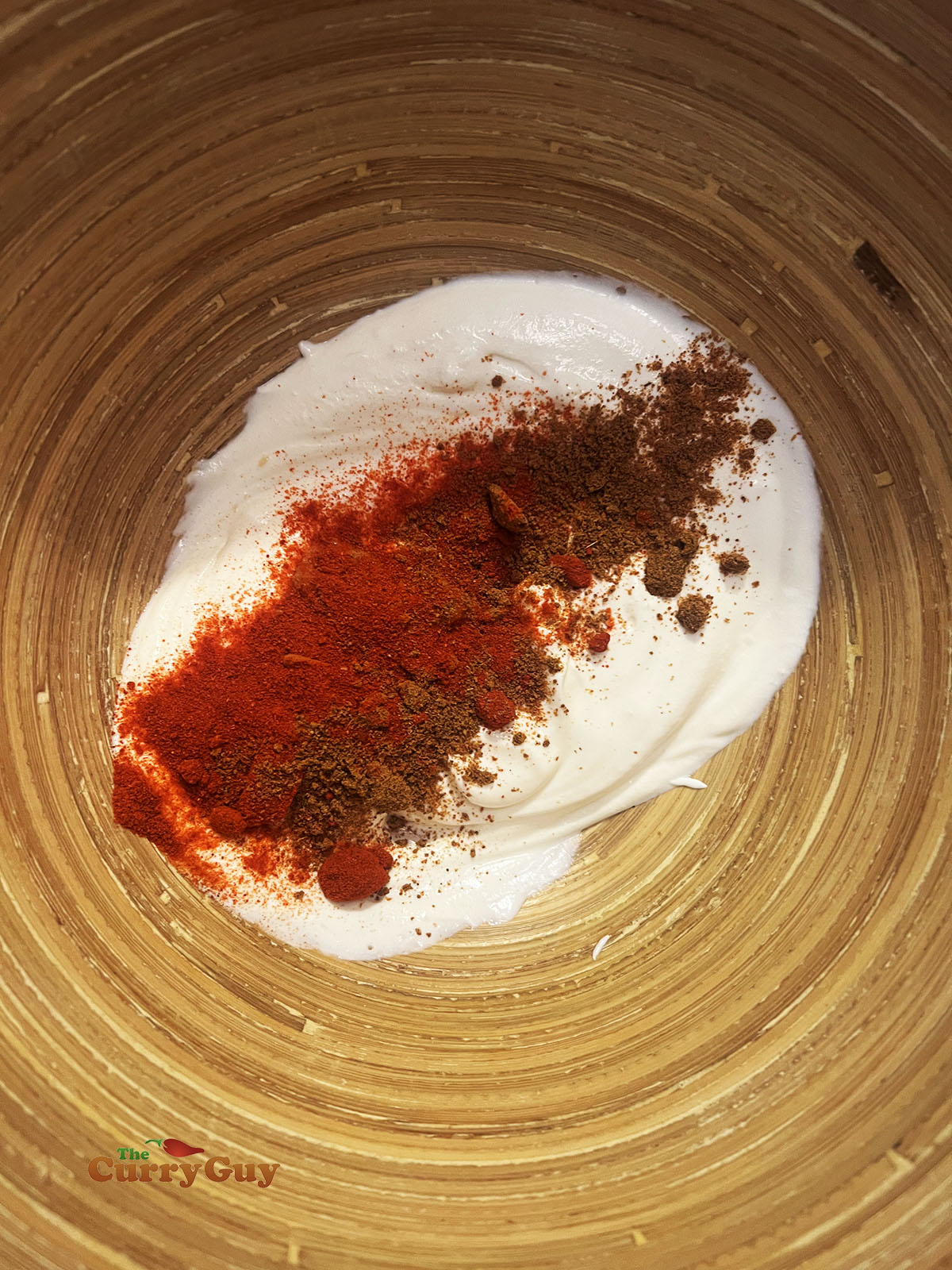 Whisk the yoghurt, chilli powder and chaat masala until smooth. 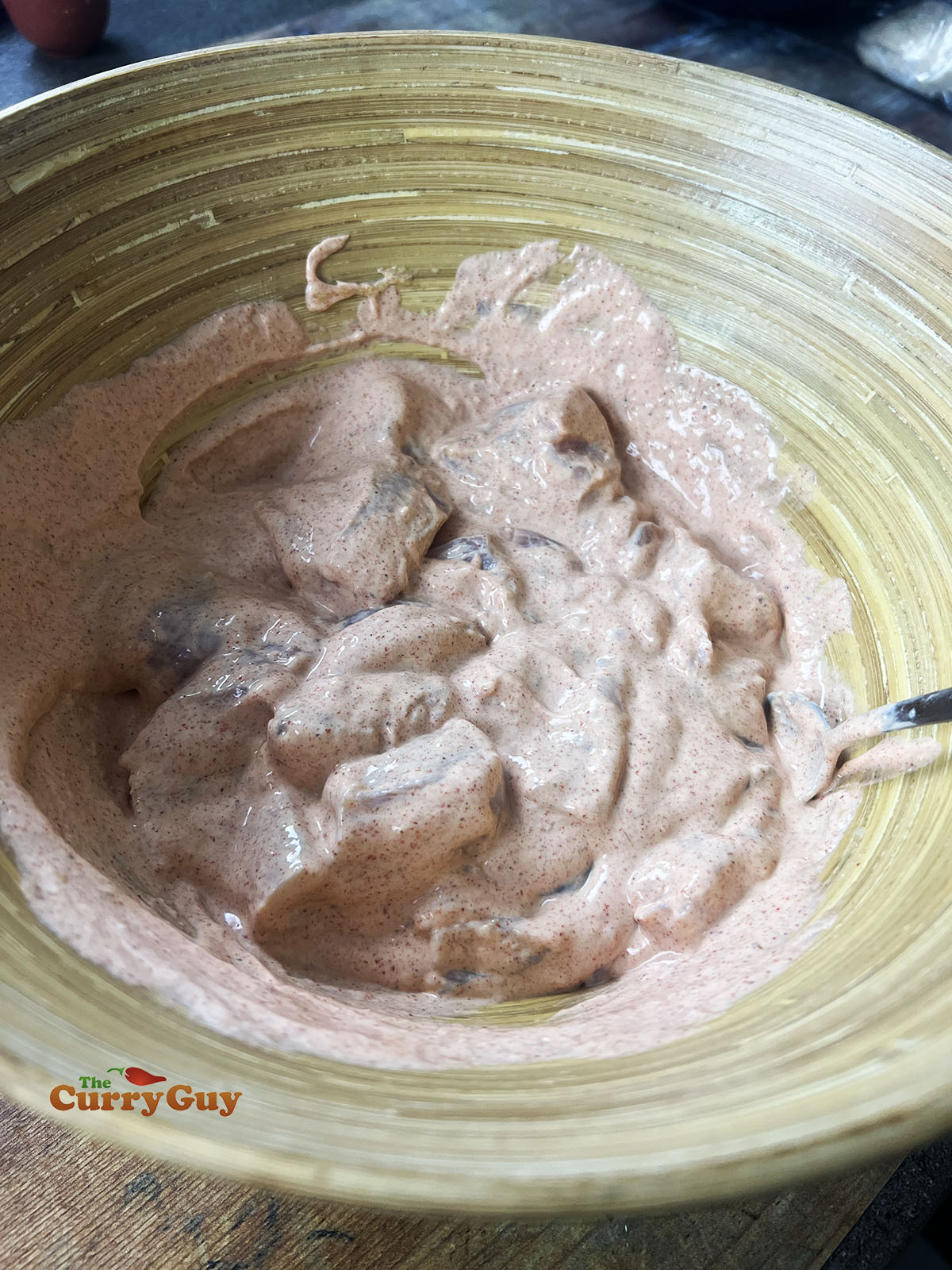 Pour over the chicken and allow to marinate for 30 minutes to 48 hours. The longer the better. 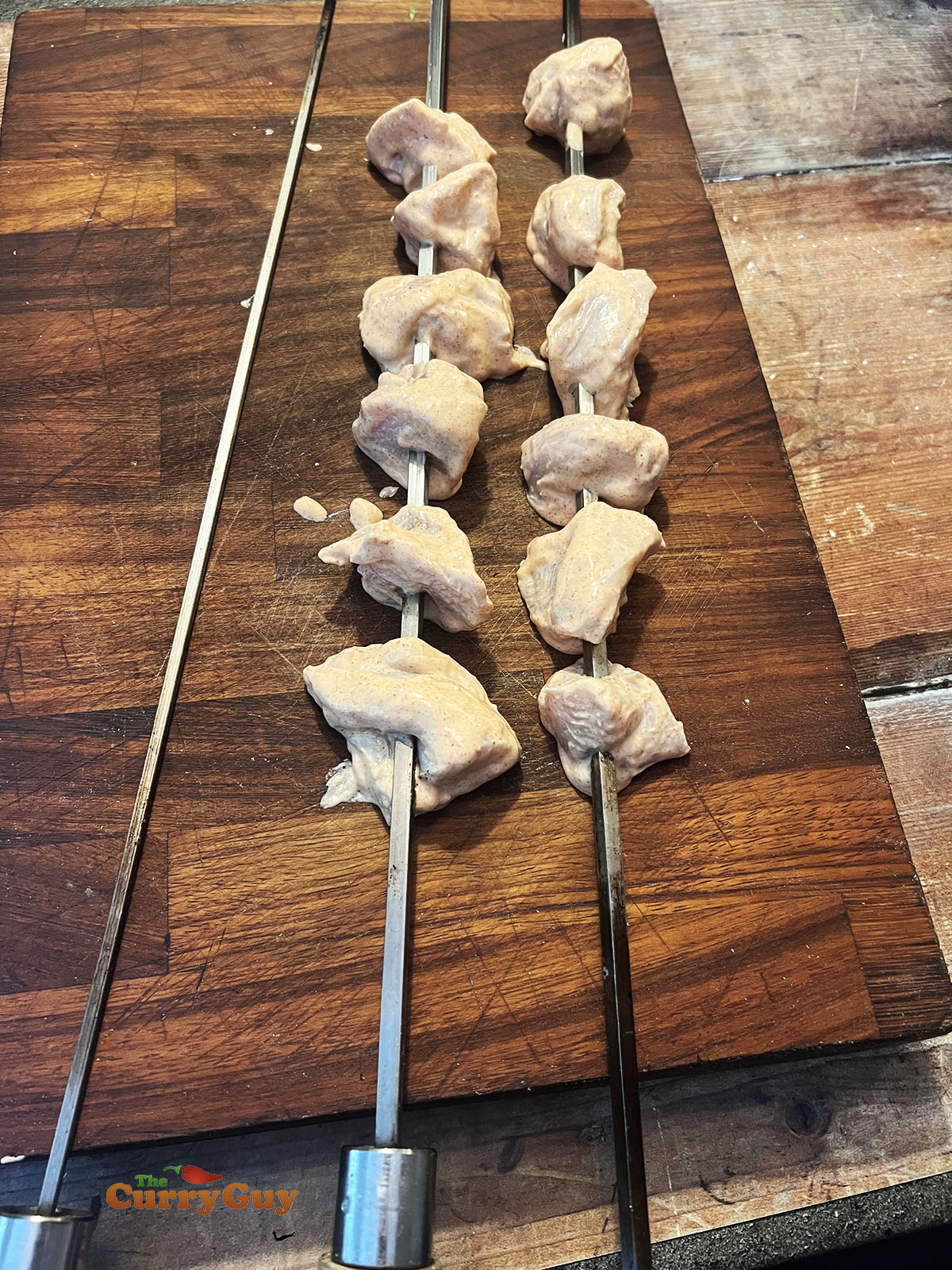 When ready to cook, build your fire and skewer the chicken tikka

Grill over the hot coals. Be sure to baste with lots of ghee as it cooks. 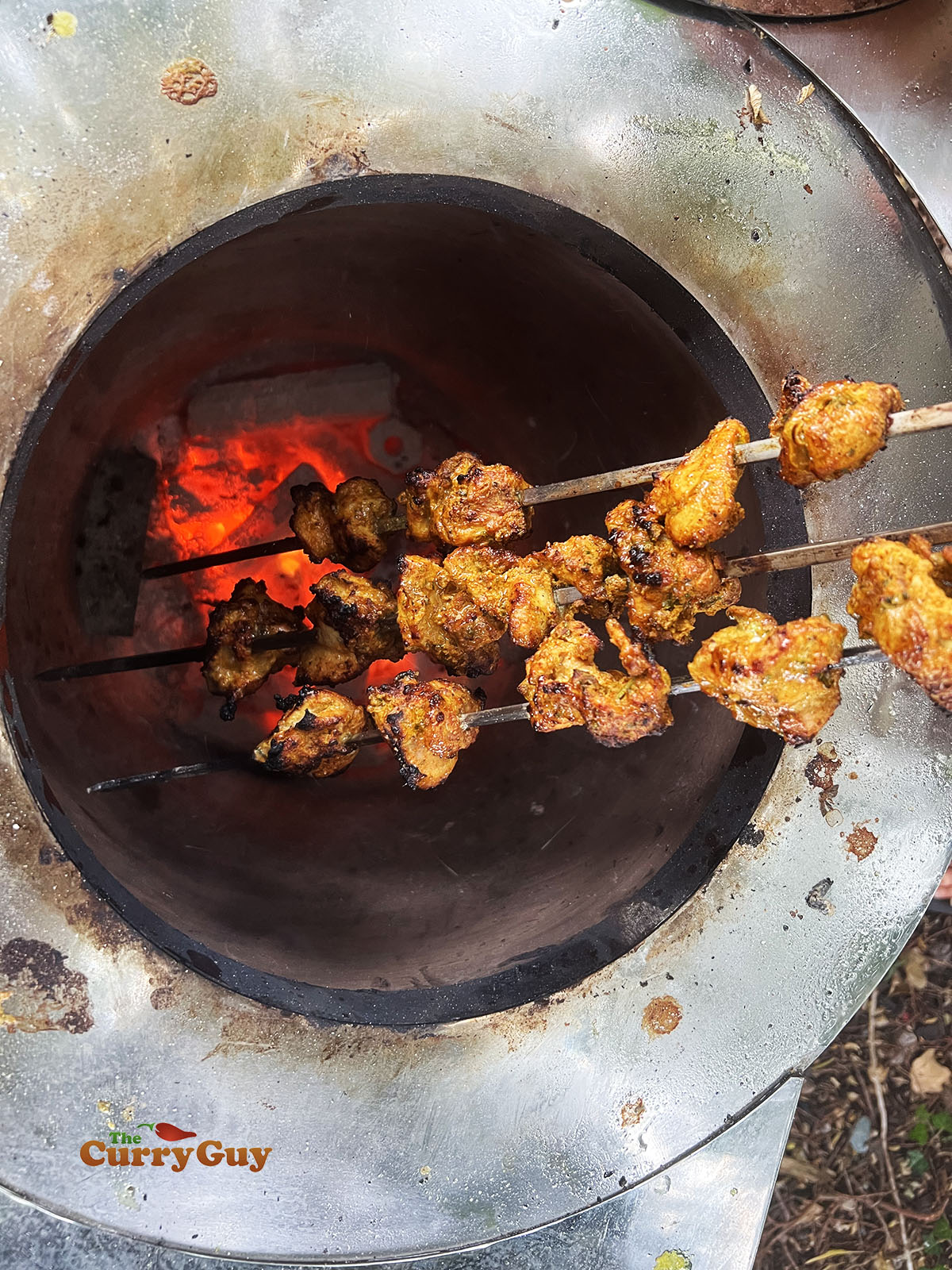 Or cook it in a flaming hot tandoor oven. Don’t forget to baste with that ghee! 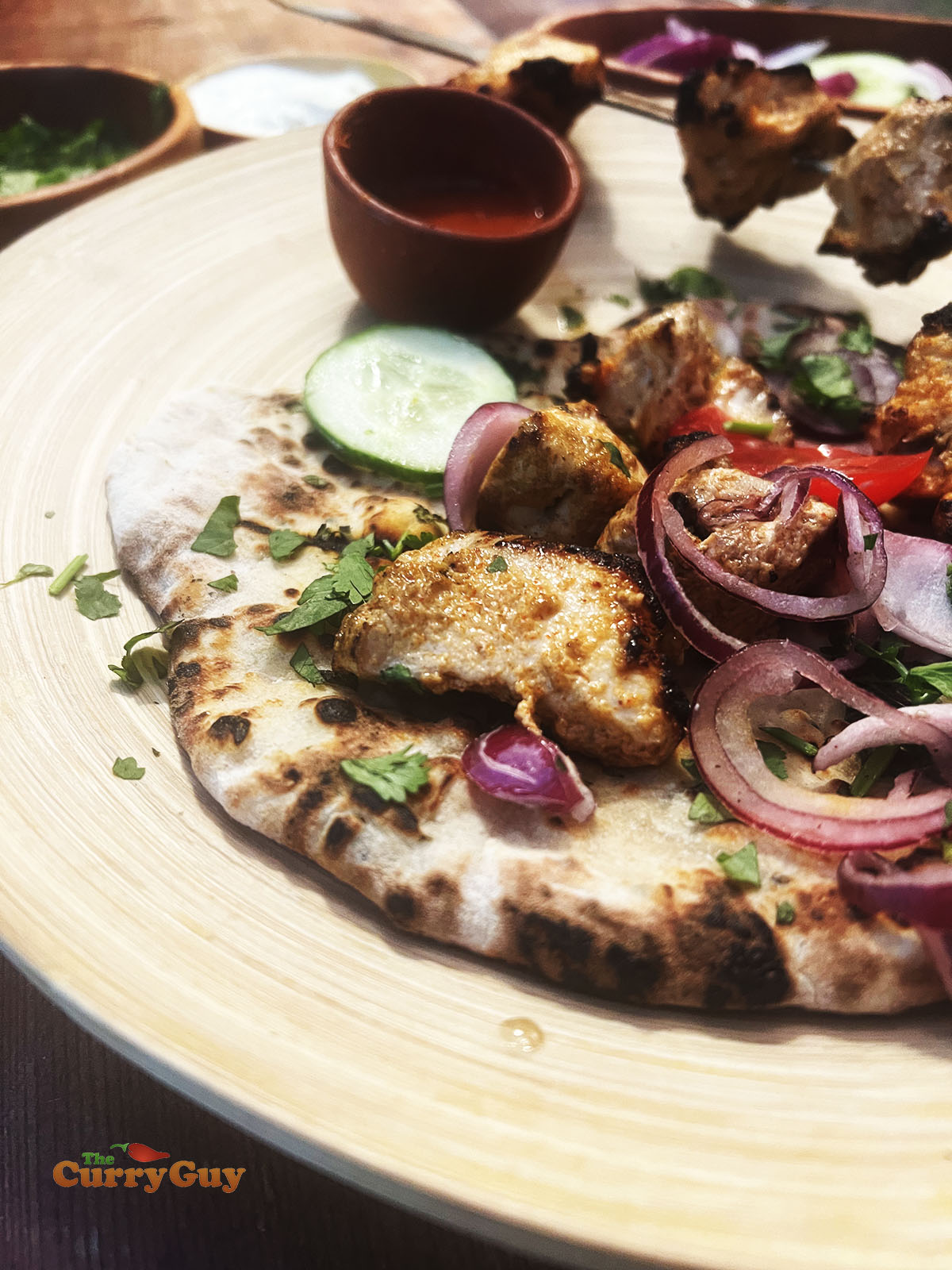 Dig in! Perfect with naans topped with salad vegetables and sauces.


I hope you enjoy this Pakistani chicken tikka recipe. If you do try it, please leave a comment. I’d love to hear from you.

Hi can I grill this chicken or bake it please

You can do either. I prefer grilling but baking will work just fine.

Looks incredible and I'm always up to check out a new one. East Pakistani caught my attention. If I can't find a Kashmiri red chilli powder, any substitution ideas or what would be close? Thanks Dan. Enjoy the Summer friend.

Thank you Kevin and sorry for the late reply. You have so many great chilli powders over there. Just choose one that you think you will like. Kashmiri red chilli powder is quite hot. I've made it with other chilli powders too and it came out great. Thanks a lot my friend.

Another very simple delicious recipe Dan! I find your recipes are simple to prepare and so popular with my family. I like all kinds of spicy food from the Indian Subcontinent, and I would be interested to know more about the variations in regional cuisine of the same dishes, and also Indian/Pakistani variations. Buying your book today!!

Thank you so much. Hope you enjoy the book. Have fun using other spices and experimenting.