I now upload weekly videos to my YouTube channel. Check out my videos here and please subscribe. 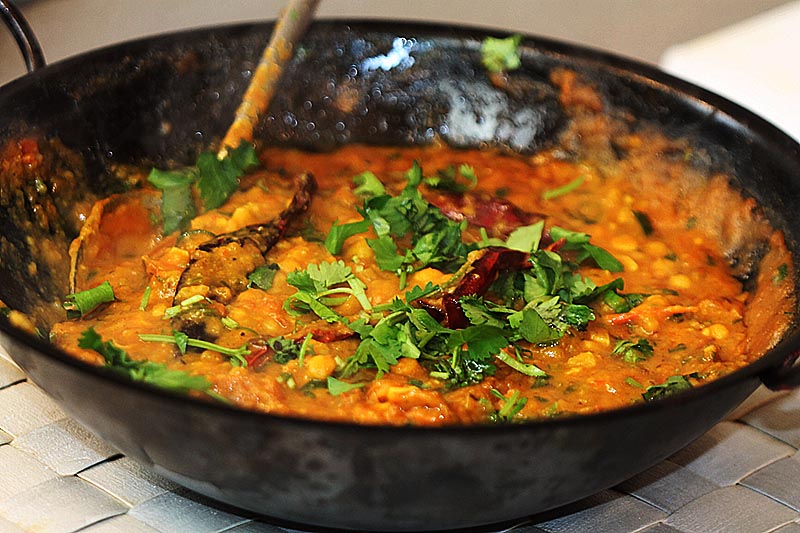 You’ve simply got to try this balti dhal fry!

If you love a good Balti, you’ve got to try this Balti Dhal Fry Curry.

I love a good balti. I don’t mean those baltis served at so many restaurants where the curry is cooked in a pan and then served in an ornamental balti pan. No! An authentic balti needs to be served flaming hot in the same pan it was cooked in. That said, this recipe is still very good served however you see fit.

The term ‘Balti’ is used very liberally these days.

More often than not, if you order a Balti when you go to your favourite curry house, you will be getting a ‘Balti’ that was cooked, as mentioned above in a pan and then transferred to a Balti Bowl for presentation.

Back when Balti became popular in the 70s and 80s, stainless steel Balti bowls were produced here in the UK. Fortunately, they are manufactured here again after a couple of decades but I’ll go into that later.

The idea behind Balti was simple. Many Pakistani run restaurants in what became known as Birmingham’s Balti triangle were finding business tough. They noticed that the Bangladeshi run curry houses were getting a lot more custom from the city’s residents. Pakistani restaurants, on the other hand, were only attracting customers from their local Pakistani community.

Something had to be done!

Many traditional Pakistani curries were cooked in cast iron karais. These are like woks but with two handles. The karais, which were cooked over high heat were perfect for cooking curries, both fast and also slow cooked.

The problem with cast iron karais, however is that they took way too long to heat up to the perfect heat. One chef came up with the idea of producing karais out of stainless steel. Bangladeshi chefs had been using stainless steel pans for years because they heated up really quickly so they were able to whip up their curries, with the help of a pre-made base curry sauce in minutes.

This meant they could serve their customers faster, serve many more customers and make more money.

So specially made, stainless steel Balti bowls started being manufactured and the Balti craze began. This was a special experience for customers: a new and exciting dining experience.

The Baltis were sent out to the table in the stainless steel Balti bowls quickly. The were served in the same pan they were cooked in, sizzling hot and usually accompanied with a huge family sized naan. Balti curries are prepared with a thick sauce so customers could literally dip their naan into the Balti, wrap it around some sauce and whatever the main ingredient/s were and enjoy.

After a couple of decades, the excitement around going out for a balti fizzled out and the company that produced stainless steel Balti bowls ceased trading. New Balti Bowl imports from India and China made their way to the UK but chefs complained that they just weren’t as good as the Bowls they had and now protected to ensure they weren’t lost.

So that is why so many restaurants no longer serve their Baltis in sizzling hot Balti bowls but I think that will change.

I’ve even recorded a video of me making it for you. If you like the video, please subscribe to my YouTube Channel. I am planning on videoing all the recipes from my cookbooks. 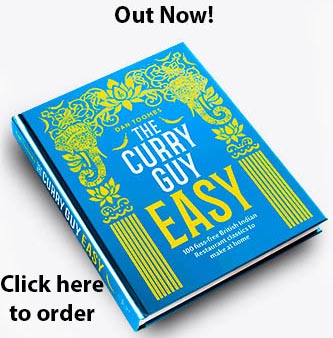 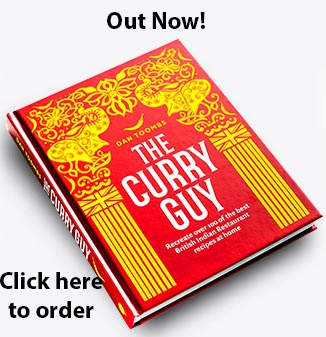 Get The App! FREE Starter Kit 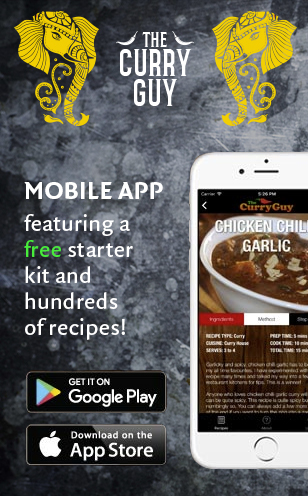