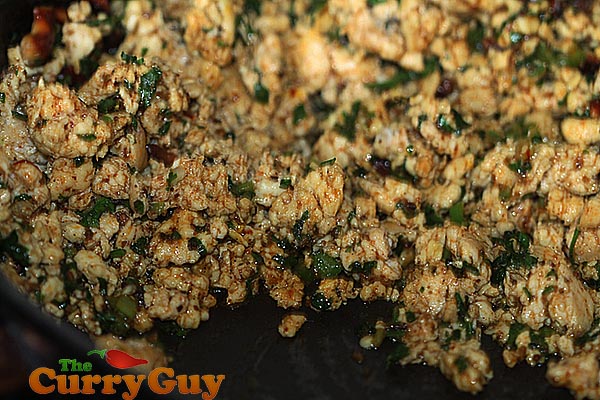 This chicken keema recipe could so easily be served on its own. Sometimes we simply wrap it in hot homemade naans topped with salad and a good hot sauce and raita.

More often, however I use it to stuff chicken when doing tandoori barbecue. I’ll demonstrate this in future tandoori posts.

For now though, why not just give this easy chicken keema a recipe a try? It’s delicious over rice too. If you prefer more sauce, simply add a little coconut milk or chopped tomatoes. A little garlic and ginger paste won’t hurt stirred into the melted butter either.

If using this recipe to stuff chicken skin it needs to be dry.

Here is my recipe for keema stuffed chicken thighs and some other keema recipes: 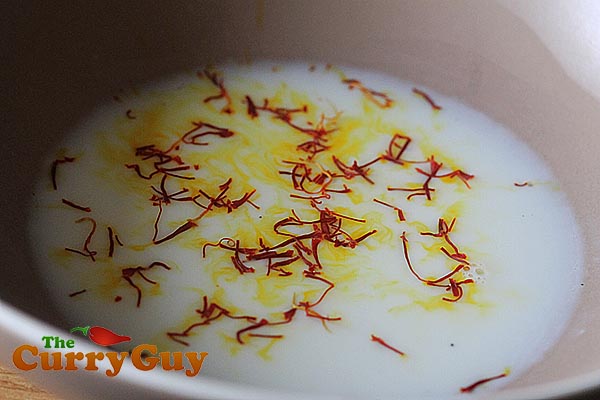 Infusing the saffron in the hot milk. 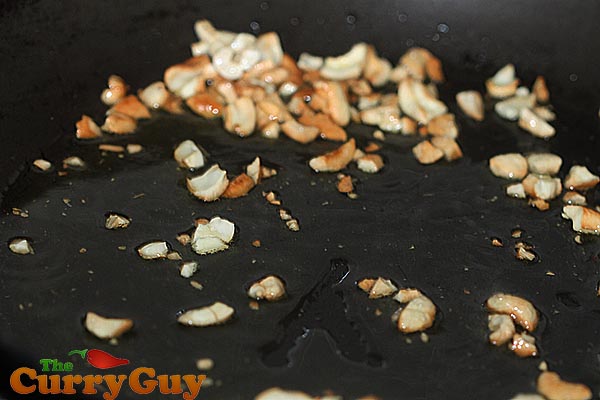 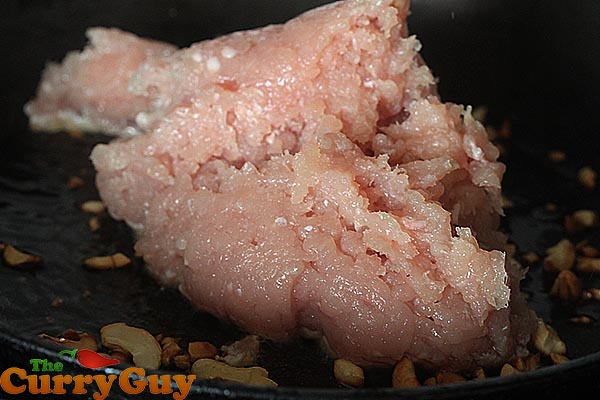 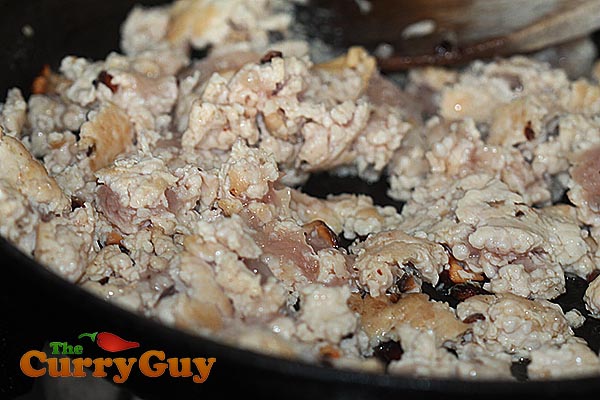 Cook the keema until about 90% cooked through. 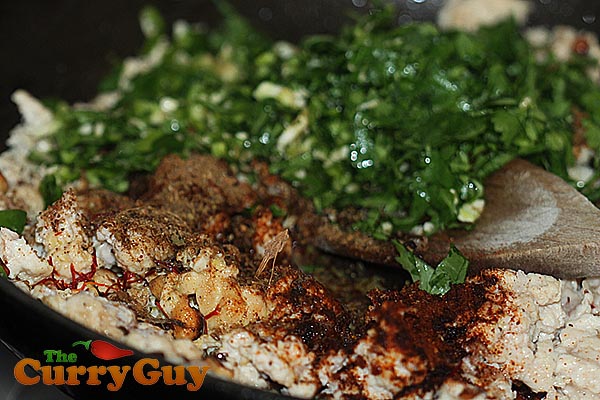 Now add the rest of the ingredients and stir it all up, breaking up any chicken chunks as you do.