You can add the main ingredients of your choice to this tikka masala sauce.

When most people think tikka masala sauce, they’re probably picturing chicken tikka masala. It is the most popular curry in the world after all. 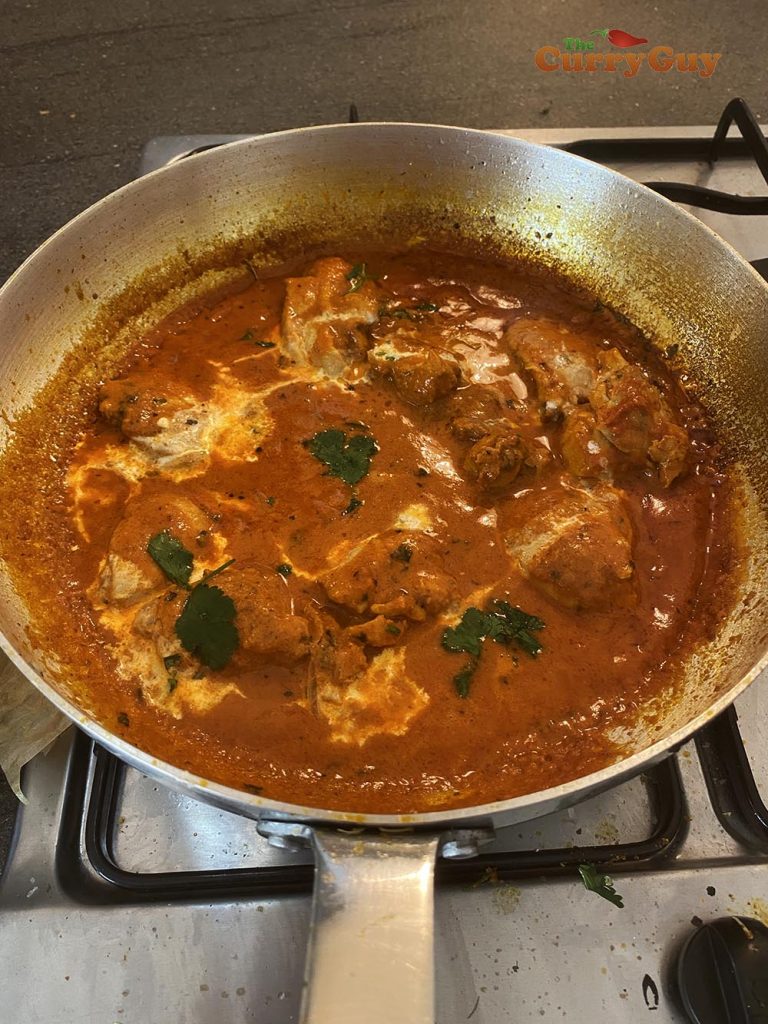 Use any meat, seafood, paneer or veggies in this tikka masala sauce.

That said, using tandoori chicken in your tikka masala sauce is just one of the options.

Think about it… when you go out for a good curry, most menus will give you the option of tikka masala sauce and then list which ‘tikka’ can go into it.

Tandoori chicken tikka might be the most popular option but you could also order lamb tikka, paneer tikka, jumbo prawns and even keema.

The main ingredient you use in this British Indian restaurant (BIR) style tikka masala sauce is completely up to you.

This is the real deal!

In my best selling cookbook ‘The Curry Guy’ I featured a chicken tikka masala recipe to serve 4.

That recipe is made just as it would be at an Indian restaurant. This recipe has been downsized to a curry house portion to serve 1 – 2 people.

Curry house style curries are usually made with pre-cooked ingredients.

You will want to plan ahead so that you have everything you need, at the ready to use in your tikka masala sauce. I have a lot of recipe options for you on this site.

You could choose tandoori chicken tikka or lamb tikka, paneer or even pre-cooked potatoes.

For your information, the reason pre-cooked ingredients are used it both or flavour and to save time.

Deliciously marinated and grilled ingredients add a lot to the flavour of the curry. It would also take up to an hour to cook ingredients like lamb or beef until tender.

So pre-cooked is the way to go.

Curry house style curries are made with a base sauce.

Whether it’s this tikka masala sauce or a spicier option such as madras or vindaloo, curry house style curries are made with a prepared base sauce. My recipe is here.

This smooth base sauce gives the curries their authentic curry house flavour and texture.

Can I make British curry house style curries without preparing a base sauce?

The answer to that question is yes and no. If you want your tikka masala sauce to be like you would find at the best curry houses, you need to use a prepared base sauce.

You could cheat, however and make your tikka masala sauce by substituting water or stock. It won’t be the same but it will still be very good.

What about the bright red colour?

The bright red colouring you find in many tikka masala sauces is red food colouring.

I didn’t use it in this recipe. It adds no flavour. If you want that bright red colouring, just add about 1/2 tsp red food colouring powder to the sauce. 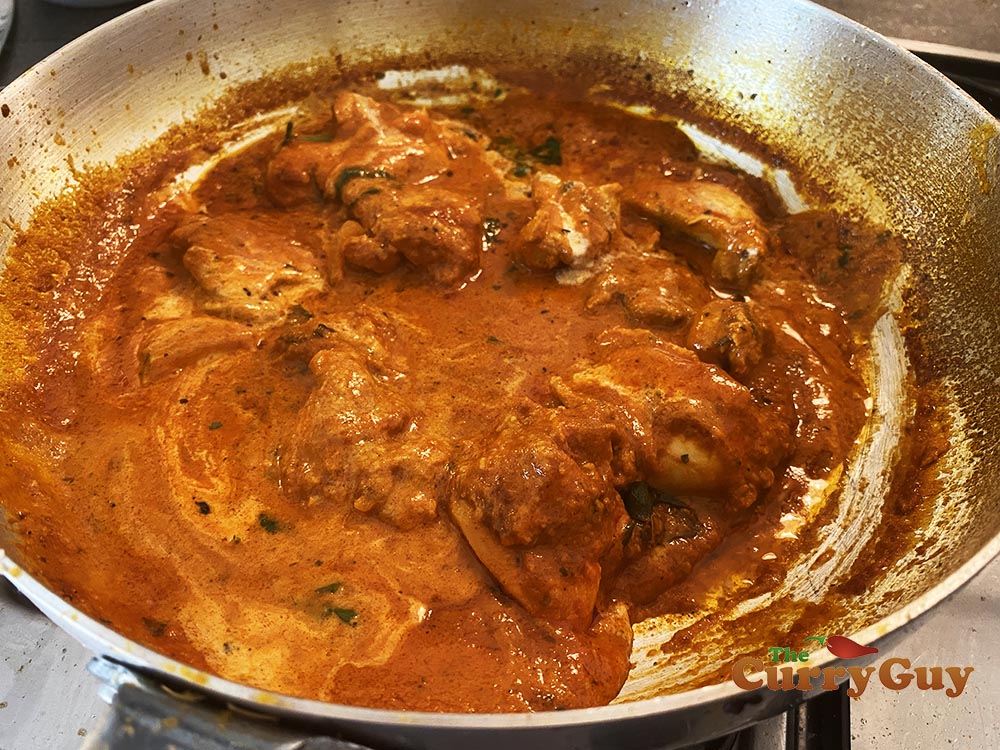 I hope you enjoy making this tikka masala recipe! If you do try it, please leave a comment. I’d love to hear from you.
Click here to cancel reply.

I've had this recipe and your base sauce recipe bookmarked for months. Finally making it right now, literally as I write this. I have been looking for an authentic recipe for tikka masala and I think this might finally be it. I just made the base and now that I see it, I'm convinced this what all other "quick" recipes are missing. In about an hour, I'll be tasting it. I couldn't find ground almond or coconut so I'm going to try a little almond butter. I have no sub for the coconut. It kills me that I can't try it exactly as you've designed but I couldn't wait any longer. I'll let you know how it turns out!

Great to hear and good substitution. I hope it worked well. Thanks very much. Dan

Hi Dan, great recipe and I’m sorry to ask but is ground coconut the same as coconut flour (google is not being very helpful on this one!) thanks!

Hi Ground coconut is similar to coconut flour but there is also coconut milk powder which is made from dehydrated coconut milk. This is much finer but lumps up more easily. Either will work for my recipes. Thanks Dan

I'm really looking forward to trying this, but what are the mixed powder ingredients? Or is mixed powder something I can buy? Also is the base curry sauce a jar or another recipe.

Mixed Powder is very easy to make, here is my recipe:

I would recommend that you make a load of base sauce and freeze what you don't need for this recipe. Here is the recipe:

the garlic/ginger paste burned and popped all over the place immediately when put into the pan of oil x) How to avoid this?

Maybe turn the heat down a bit, the pan must be too hot. Dan

You are an absolute legend. I am so thankful i stumbled across your recipe for the curry house batch gravy. I am now using portions of it to work my way through your sauces. We eat veggie so we had this tikka masala sauce with soya, mince which i marinated and grilled with your tandoori chicken recipe before adding to the sauce. It went very well as a substitute!

Hi Geri Thanks very much for your lovely message and I am really glad you are enjoying my recipes. Dan